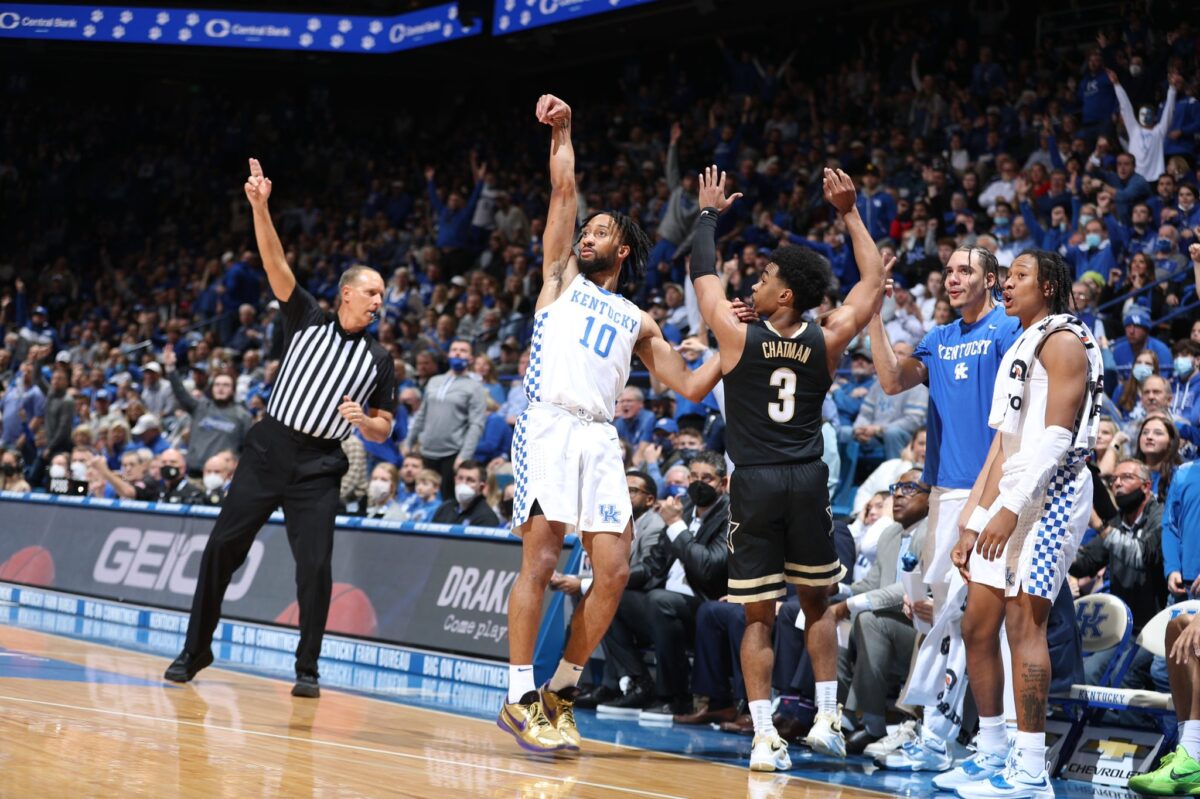 Davion Mintz led the No. 5 Kentucky Wildcats in scoring vs. Vanderbilt Tuesday night at Rupp Arena, pouring in a career-high 21 points in a 77-70 victory.

Mintz, who didn’t score in Kentucky’s win at Kansas, was in a slump and trying to break through to help his team. But it was a fan that helped the UK guard get back on track.

“Man, honestly, it was right after the Kansas game. I was walking out of the locker room and there was this little girl, she was probably a young teenager and she’s crying her eyes out as she’s walking up to me,” said Mintz. “I’m like, ‘What’s going on?’ She was like, ‘I’m just so excited to meet you. This is my first time and you’re my favorite player. I’ve been waiting a year.’ And I had zero points. I didn’t really even play a full half of a game, you know what I mean?”

“My heart was kind of heavy because I knew I had been struggling a while. Just to realize that God made me somebody that could make someone else feel special about themself, that just sent me over the top, and I knew. My parents saw it, my cousin was at the game, he saw it. She couldn’t even keep herself together and that meant so much to me that it meant so much to her. That right there is what motivates me, that people can feel so special about themselves and it made me work hard and get in the gym. That’s what turned out for today. So, thank her if she’s listening right now.”

Mintz scored 21 points on 6-of-11 shooting, including 4-of-7 from three-point range and 5-of-5 from the free-throw line.

.@deemintz1 says an interaction with a fan helped motivate him to have a career-high tying 21 points last night.

"So thank her if she's listening right now." pic.twitter.com/Cvn73ERmrO