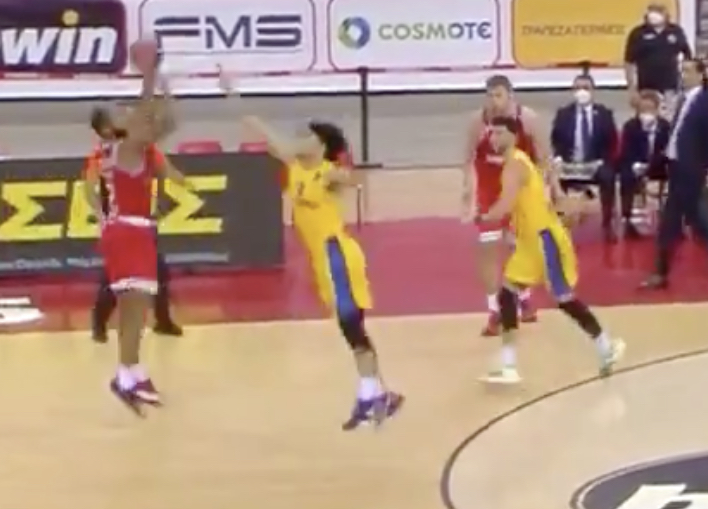 The former Wildcat delivered one of the most memorable NCAA Tournament runs in program history, hitting three consecutive game winning three-pointers vs. Louisville, Michigan, and Wisconsin in 2014.

Harrison carried over his clutch shot making to his professional career. He gave his Olympiacos team a win with a deep three-pointer at the buzzer.

Check out the highlight of Harrison’s big shot in the video below.

.@AaronICE2 WHAT A WAY TO WIN THE GAME! ??#7DAYSMagicMoment pic.twitter.com/ccJ3E9cRN3