Audio: Adolph Rupp Explaining Why it Took So Long to Integrate at UK 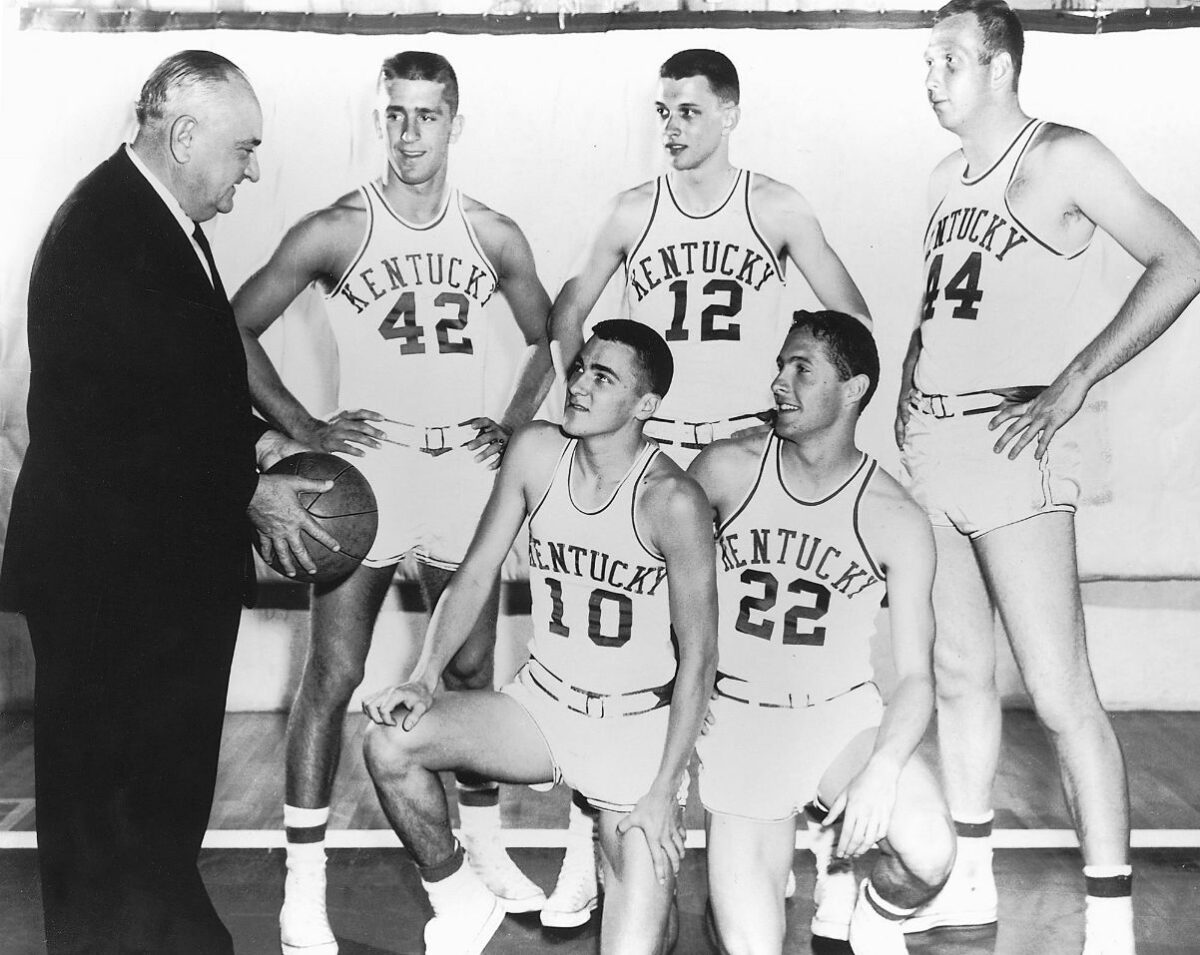 A letter addressed to UK President Eli Capilouto by Kentucky’s African American and Africana Studies department was made public last week, sparking a discussion about possibly changing the name of Rupp Arena. The letter included ten proposals to improve race relations on the University of Kentucky campus.

The department argued that Adolph Rupp’s name “has come to stand for racism.”

On Thursday, Jon Hale of the Courier-Journal found audio of an interview from the Louie B. Nunn Center for Oral History. The interview is from 1971, before Rupp’s final season at Kentucky. The UK coach explained the difficulties of recruiting African American players to play in the SEC.

“We had a very, very difficult time in doing so because as you can see a conference that had not allowed Negroes or Blacks to participate up until this time, no one wanted to be the first to break with that tradition,” Rupp said. “I never felt at all that Negroes should be barred.”

Rupp explained why that didn’t occur until 1969 with details from his conversation with UK President John Oswald, who insisted that Rupp sign a Black player, even if he had to ride the bench at Kentucky.

Rupp recalled the failed attempts Kentucky had trying to sign Wes Unseld and Butch Beard, along with a few unnamed Black players the UK coach recruited.

“Now tell me I didn’t make an effort to get these boys. We did. We made every effort that we could, and I don’t know if it satisfied the president or not.”

You can listen to the interview below.

Look: Jacob Toppin is Putting his Head on the Rim
Members of the UK Basketball Team Left Campus for One Week Break