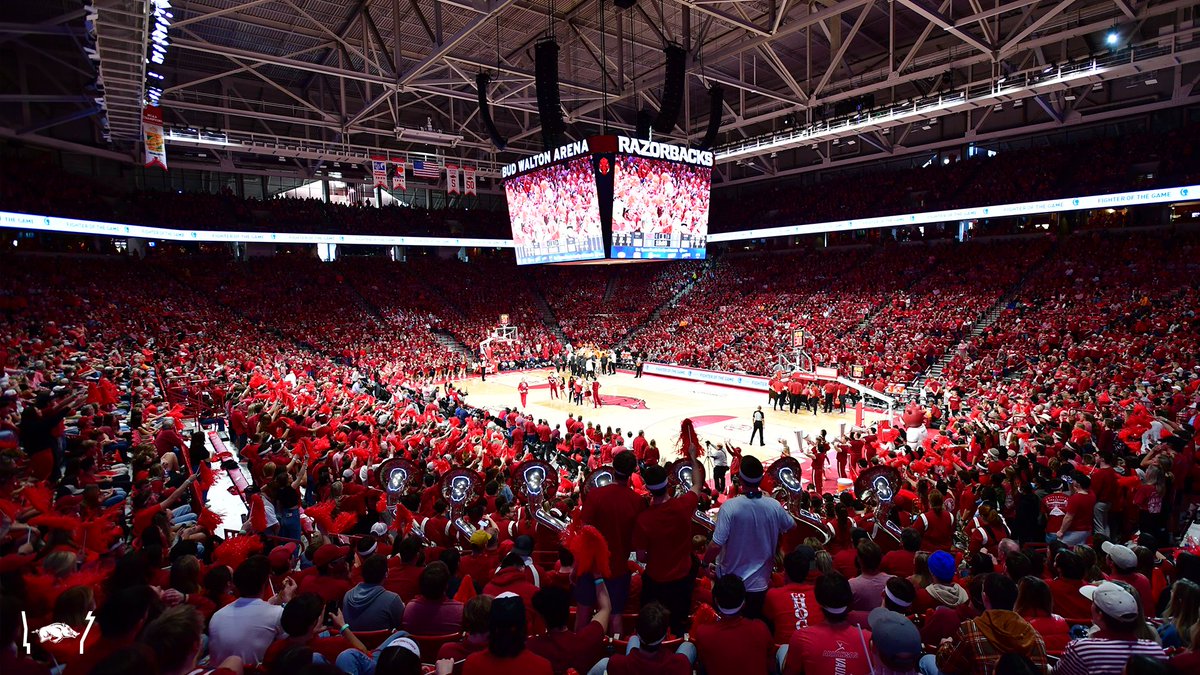 The Kentucky Wildcats and Arkansas Razorbacks will play at Bud Walton Arena Saturday afternoon in Fayetteville with a lot on the line in the SEC standings.

Arkansas already knocked off Auburn at Bud Walton Arena earlier this season when the Tigers were ranked No. 1 in the AP Poll. Following the win, Razorback fans stormed the court to celebrate.

Hunter Yurachek, the Director of Athletics at Arkansas, released a statement Friday, telling Arkansas students to not storm the floor if the Razorbacks win.

Another big opportunity for @RazorbackMBB tomorrow, as we host a very good Kentucky team at Bud Walton Arena. I know, because of the passion of Razorback fans, the atmosphere will be special. If we WIN, we will celebrate like Razorbacks do, just not on the court. #OneRazorback pic.twitter.com/xd9pAxy1z4

Teammates React to Bryce Hopkins Breakout Game
Lunardi: Kentucky one of five teams in contention for final two No. 1 seeds