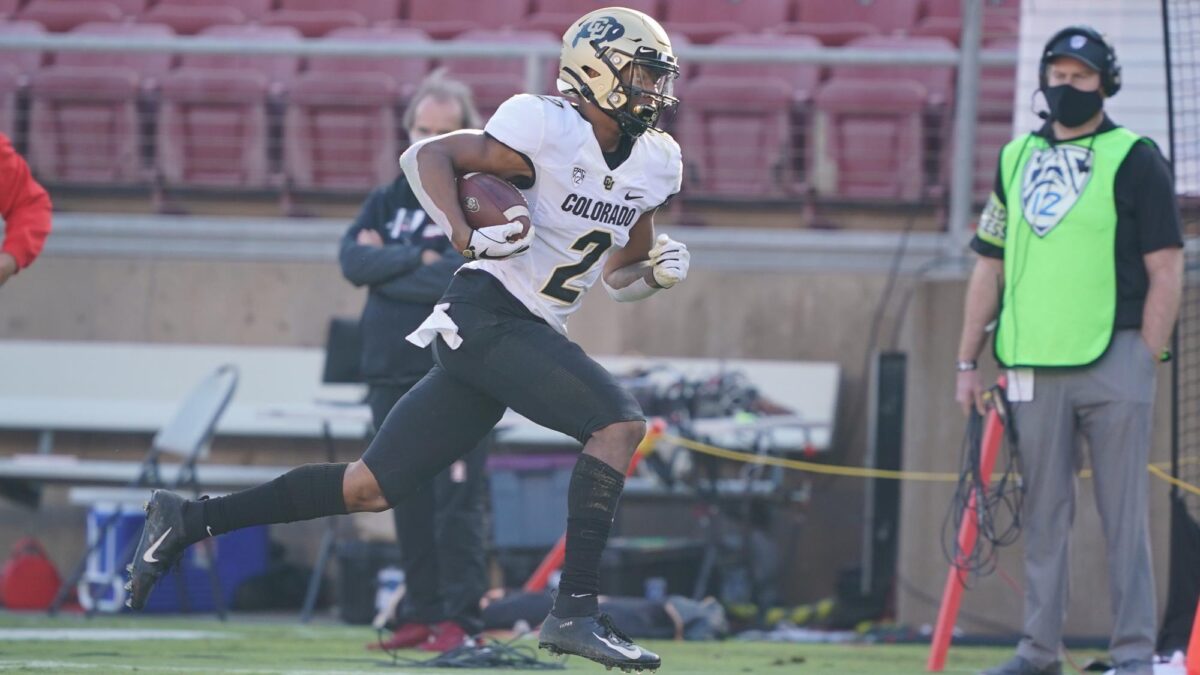 Brenden Rice, a transfer wide receiver from Colorado, is considered a transfer to Kentucky for next season.

Rice is the son of NFL Hall of Fame wide receiver Jerry Rice, who played 20 seasons with the 49ers, Raiders, Seahawks, and Broncos and currently holds the all-time NFL records for career receptions (1,549), receiving yards (22,895), and total touchdowns (208)

This season at Colorado, Rice caught 21 passes for 299 yards and three touchdowns while adding 54 yards rushing on six attempts. In 2020, he caught 6 passes for 120 yards and two touchdowns.

Rice announced he was transferring from Colorado earlier this month and officially entered the transfer portal.

The 6-foot-3 wide receiver is one of the most talented players at his position in the portal.

He is the son of Jerry Rice https://t.co/BmpbzW1TrY