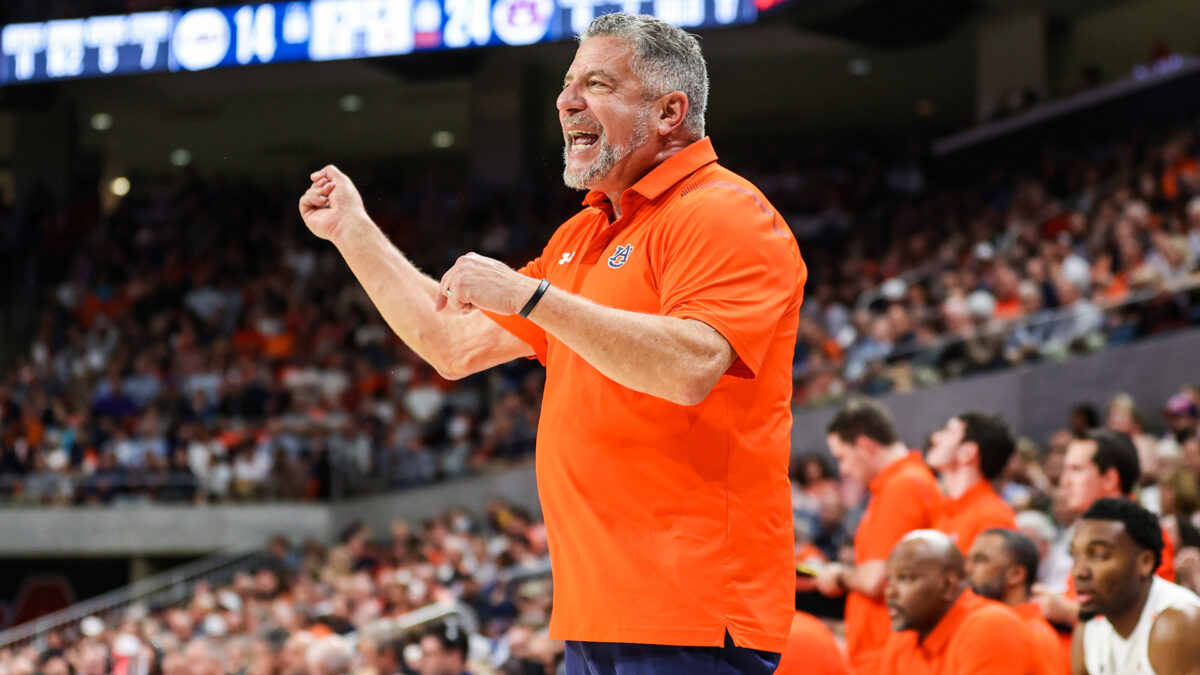 Bruce Pearl is building Kentucky up before the Wildcats travel to No. 2 Auburn Saturday afternoon.

The Auburn coach mentioned Kentucky’s win vs. Texas A&M during an interview after the Tigers win vs. Georgia Wednesday night.

Kentucky, now 15-3 (5-1 SEC) on the season, is one of the most efficient teams according to KenPom, where they are 4th in adjusted offensive efficiency and 19th in adjusted defense.

Pearl believes this Kentucky team is possibly as good as the 2012 national championship Wildcats.

“I looked at Kentucky a little bit on Sunday, enough to not be able to have dinner. I think this team is probably as good as maybe the Anthony Davis team that Cal had. They got stuff inside, they got wing shooters, they got two dynamic point guards, they’re playing fast, and they’re really good in transition. It’ll be a dynamic matchup. I think right now, Auburn and Kentucky right now, today, are the two best teams in the league, today.”