Calipari on Dontaie Allen: “There is a spot for him” 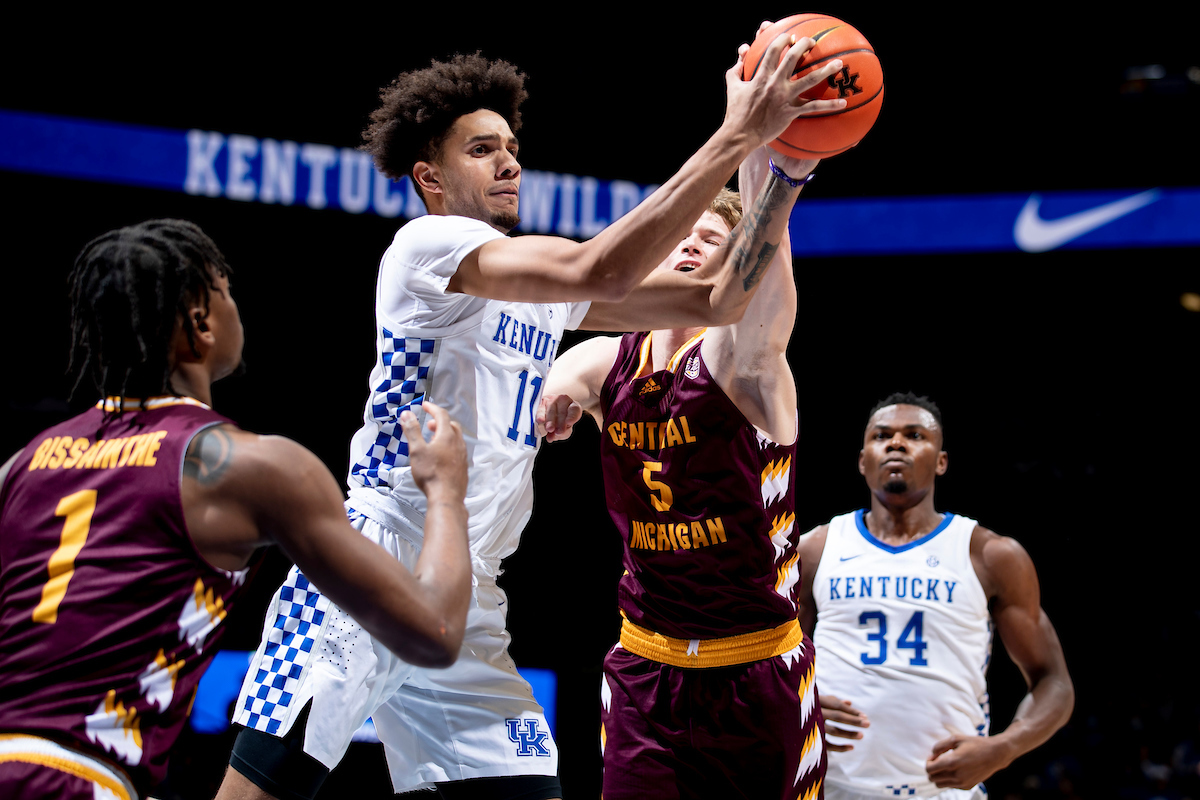 Kentucky fans want nothing more than for Dontaie Allen to carve out a role with the 2021-22 Kentucky basketball team.

The homegrown talent is most known for his three-point stroke but he’s finding other ways to add value to his game to get on the floor.

The Kentucky team has dealt with injuries and illness early on this season, allowing players like Allen and others to get more opportunities to earn a role.

“I think it’s going to be game to game, and guys are going to have to accept that,” Calipari said postgame about his rotation. “If someone is playing well, I’m going to play them a lot of minutes. If you’re not quite ready and you’re not into it that game, that’s fine. I still love you. I’ll have you at the house. I’ll make you breakfast, but you’re just not playing a whole lot tonight. I mean, it’s just what it may be.

Allen is going in and doing it, but not in the area he’s most known for. He is 6-of-26 from three-point range this season, including 1-of-7 in Kentucky’s win vs. Central Michigan Monday night at Rupp Arena. However, it’s his effort to hit the glass (13 rebounds in the last two games) and defend that is grabbing the attention of Calipari.

“Even the one he made, I said, ‘Hey, it’s about time you made one. And, hey, you rattled it in. It hit the rim seven times.’ And he started laughing,” Calipari said.