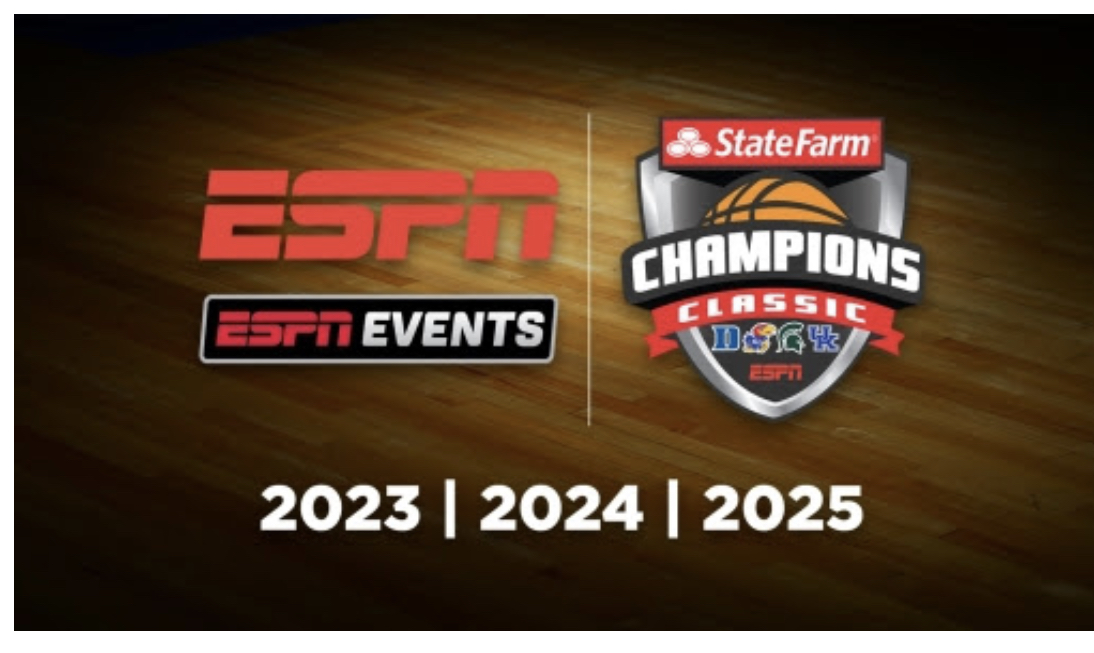 ESPN Events’ State Farm Champions Classic season-opening college basketball event featuring Duke, Kansas, Kentucky and Michigan State has been renewed for three more years through 2025 with the four participating programs. The neutral site doubleheader that debuted in 2011 and features four of the most accomplished programs in the history of the sport will continue to rotate among New York City (2021), Indianapolis (2022) and other sites, with the 2023-25 venues to be announced at a later date.

“The State Farm Champions Classic has been a staple of the college basketball landscape for the past decade with four of the sport’s marquee programs annually ushering in the start of the season in primetime on ESPN,” said Clint Overby, vice president, ESPN Events. “We are excited to continue to work with Duke, Kansas, Kentucky and Michigan State to extend this event for another three years as we build on the outstanding tradition of the Champions Classic.”

Tonight’s 11th annual State Farm Champions Classic will feature No. 3 Kansas facing Michigan State at 7 p.m. ET on ESPN, followed by No. 9 Duke vs. No. 10 Kentucky at 9:30 p.m., at Madison Square Garden in New York City. The second game will mark the start of Duke head coach Mike Krzyzewski’s 42nd and final season with the Blue Devils.

State Farm has been the presenting sponsor of Champions Classic since the inaugural doubleheader in 2011.