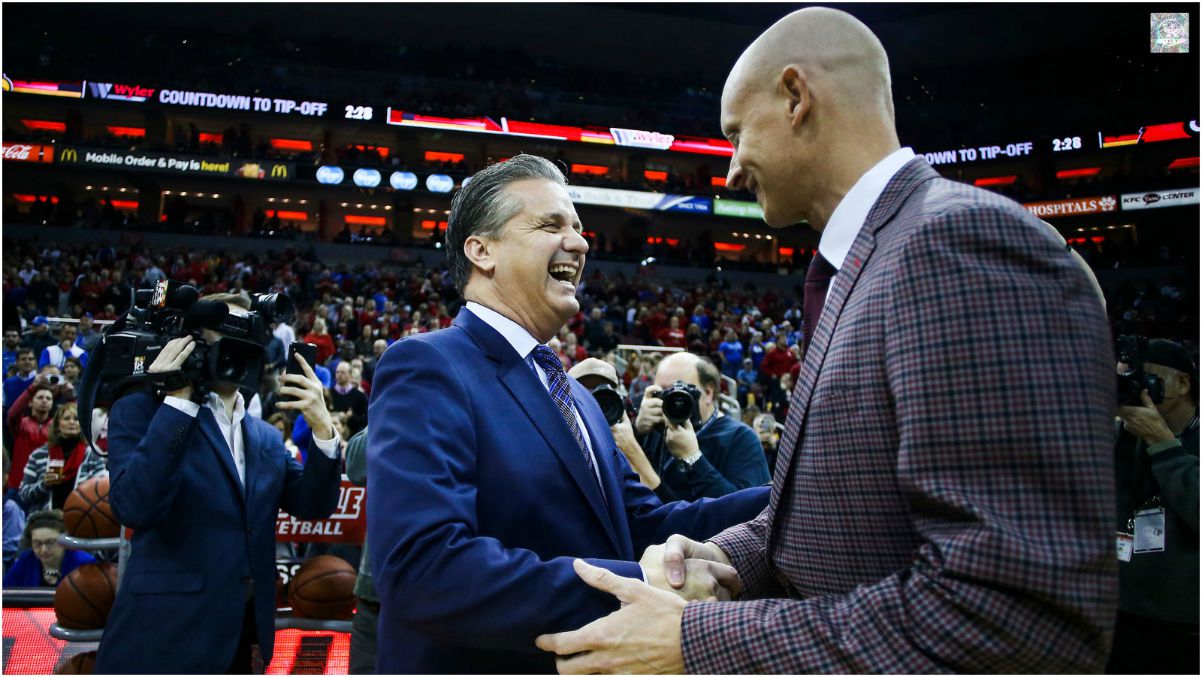 North Carolina defeated Louisville by 45 points Saturday in Chapel Hill. If that wasn’t bad enough, a video of the UofL coach celebrating the Cardinals’ win over Kentucky in December surfaced late Saturday night.

Mack held a press conference Monday to apologize for the video and to explain the situation.

“I would tell you that most of you know it was the Kentucky game,” said Mack. “I was having the Mack Family Christmas. We had a three-day break immediately following the game, so I was having Christmas at the house. A few neighbors walked over to my house, and they happen to be really, really good friends with Kenny Payne. Golfing buddies, they go way back. They hang out together. I don’t know Kenny that well but Eric [Wood] and his buddy, really, really good friends with Kenny. They thought it would be funny to FaceTime him, text him, give him grief for the game,” Mack said.

“That’s what they did, and obviously, it led to the video that was then sent to Kenny. That was the context. It was a private video. Obviously, it’s not private today; that’s why I’m talking about it to you guys. It was a joke amongst buddies and Kenny. How it got out, I have no idea. It’s really irrelevant. Although Kenny didn’t get it out.”

Mack added that the video wasn’t a shot at Kentucky coach John Calipari. But how does saying, “Kenny Payne won those games” come off as anything else?

“The first thing I really thought of was Calipari. I didn’t want him to think it was some shot, that this was directed out to the worldwide web, and I was trying to send a message to him, so that was the first person I called when I was aware of the video yesterday morning. I just wanted to be able to clear the air and tell him the great respect I have for him and his program and the job he’s done. And that’s how I feel. So I wanted him to know it was a joke to Kenny Payne, and obviously, it went sideways.”