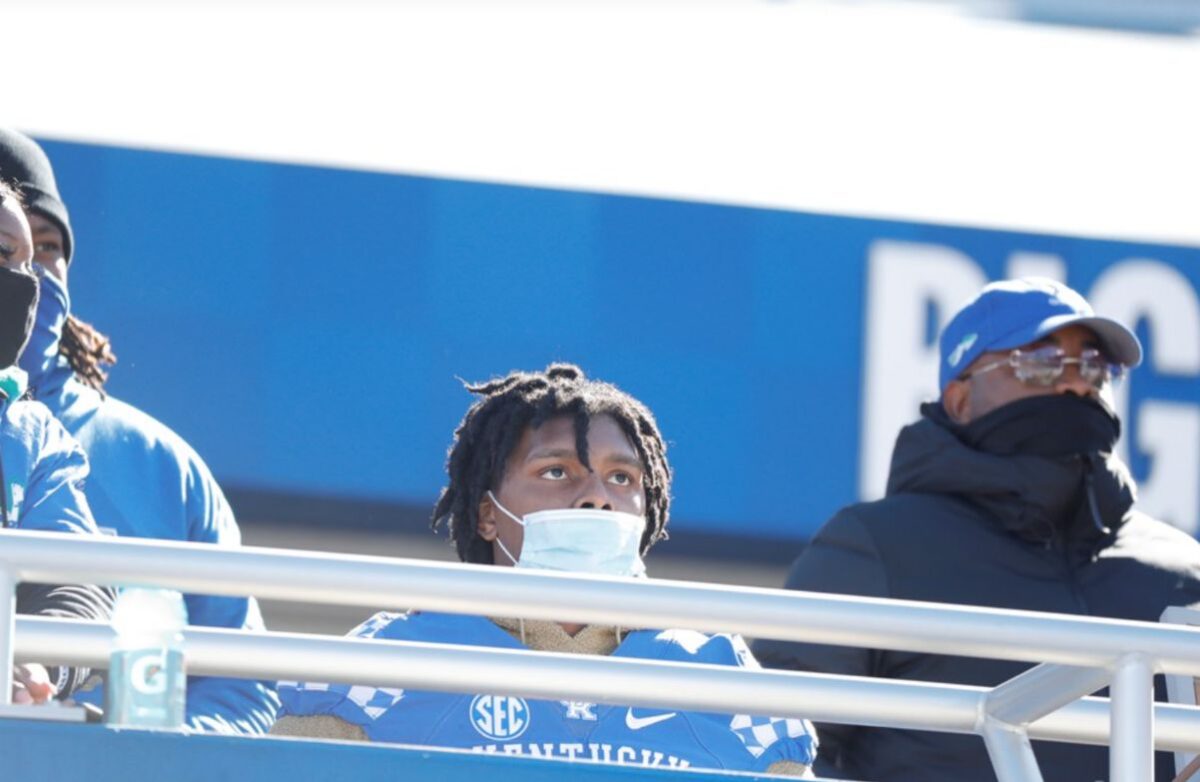 Chris Oats was at Kroger Field when the Kentucky Wildcats played the Georgia Bulldogs Saturday.

Oats suffered an undisclosed medical emergency earlier this year that has sidelined him indefinitely.

Oats was joined by his mother and brother in the stands for Saturday’s game. UK announced he was in attendance and showed him on the video board.

Joey Gatewood to Start at Quarterback vs. Georgia
PODCAST: Reaction to Kentucky’s 14-3 Loss to Georgia