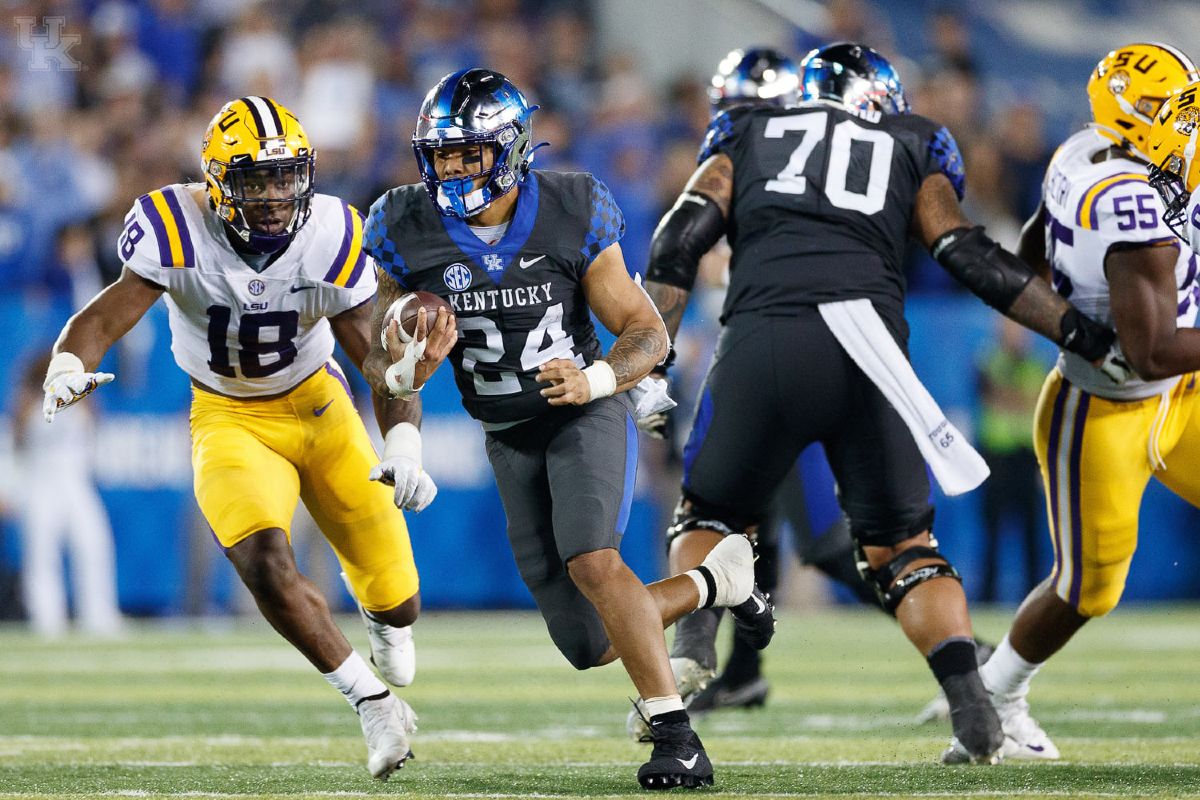 Kentucky junior running back Chris Rodriguez is having a special season for the Wildcats.

Through six games, Rodriguez has totaled 759 rushing yards, which leads the league by 84 yards.

Rodriguez is on pace to break Kentucky’s single-season rushing record held by Moe Williams. Williams set the mark with 1,600 yards during the 1995 season.

Rodriguez is currently on pace for 1,164 yards rushing this season, a pace that would see him break the record during UK’s bowl game if he stays on the current rate.

The junior needs 17 yards vs. Georgia to have his highest single-season total at Kentucky. He eclipsed the 2,000-yard mark vs. LSU last week, becoming the tenth player in program history to reach that milestone.

Through six games, Chris Rodriguez Jr. is on pace for 1,664 rushing yards over 13 games. He wouldn't break the record set by Moe Williams (1,600) until the bowl game at the current rate. Long way to go, but the redshirt junior is on track.

Watch: Inside the Booth with Tom Leach for Kentucky’s Win vs. LSU
Kentucky-Georgia Set to Make History with Undefeated SEC East Game