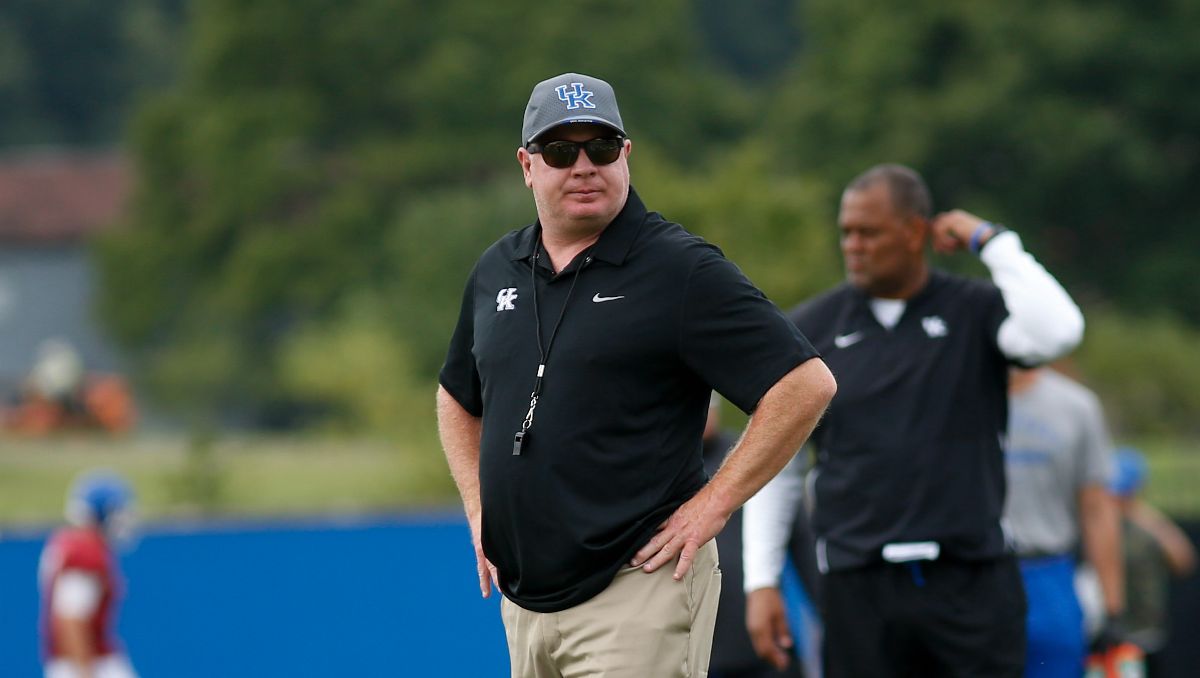 Mark Stoops and the Kentucky football program continue to strive to take steps up the SEC ladder.

After five consecutive bowl trips, including three wins in a row in those games, Stoops aims to take Kentucky places they haven’t been. Representing the SEC East in Atlanta is at the top of that list.

Chris Fallica of College Gameday joined the Fringe Element podcast with Braden Gall to discuss college football topics. Kentucky was a topic on the show and Fallica is high on Stoops and the Wildcats.

“I think Kentucky has an excellent chance to potentially finish second in the SEC East,” Fallica said. “You alluded to the schedule. I’m not concerned about [Liam] Coen or [Will] Levis being the quarterback there. I think Levis showed in that Ohio State game a couple of years ago he’s got a ton of potential. Wan’Dale Robinson is a game-breaker.”

Fallica was asked about a win-loss projection for the Wildcats and he believes 7-5 is the worst-case scenario for the 2021 season.

“I think 7-5 is probably the worst-case scenario for them,” Fallica said. “Earlier for them in the spring and summer when these numbers first got released, it was six and a half. Early bird gets the worm. A lot of people out there are holding Kentucky over six and a half.”