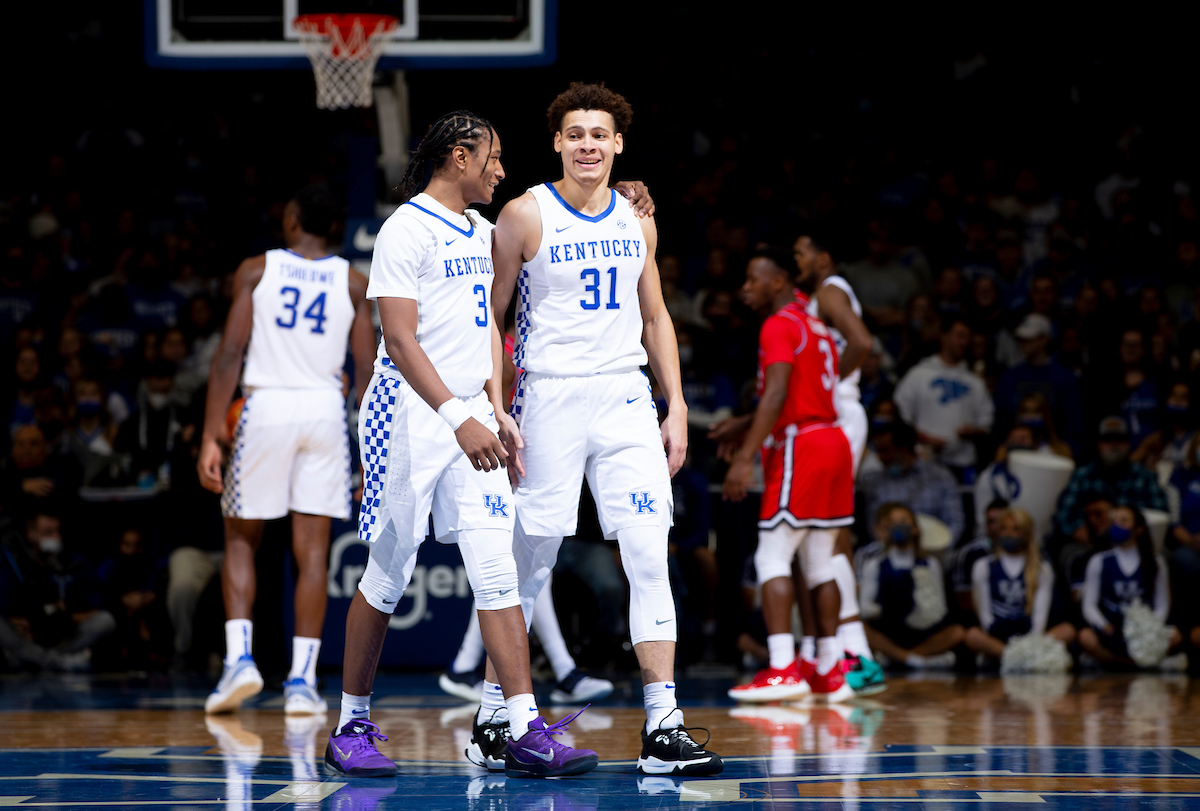 Kentucky is 4-1 through five games this season, the only loss coming in the season opener vs. Duke earlier this month.

The Wildcats have used a balanced attack offensively with five players averaging double figures in scoring.

TyTy Washington leads Kentucky in scoring after consecutive games of 20 points. The freshman guard is averaging 15.0 points per game.

Just behind Washington is junior forward Keion Brooks with 14.2 points per game. Brooks has reached double figures in four straight games, including a 17-point performance on 7-of-11 shooting vs. Albany earlier this week.

In addition to leading the country in rebounds with 16.0 per game, Oscar Tshiebwe has also been a scoring force for the Wildcats. The UK junior is third on the team with 13.4 points per game, averaging a double-double through five games.

Arguably the biggest upgrade to the UK roster is the point guard play of Sahvir Wheeler. The junior guard pushes the pace for Kentucky offensively while averaging 11.8 points per game.

Kellan Grady is also averaging double figures, chipping in with 10.0 points per game early on this season. The fifth-year sharpshooter has connected on 12-of-22 three-point attempts, good enough for 54.5 percent.

Game Notes from Kentucky’s Win vs. Albany
Sahvir Wheeler Dishes Out the Most Assists by UK Player Since 2016