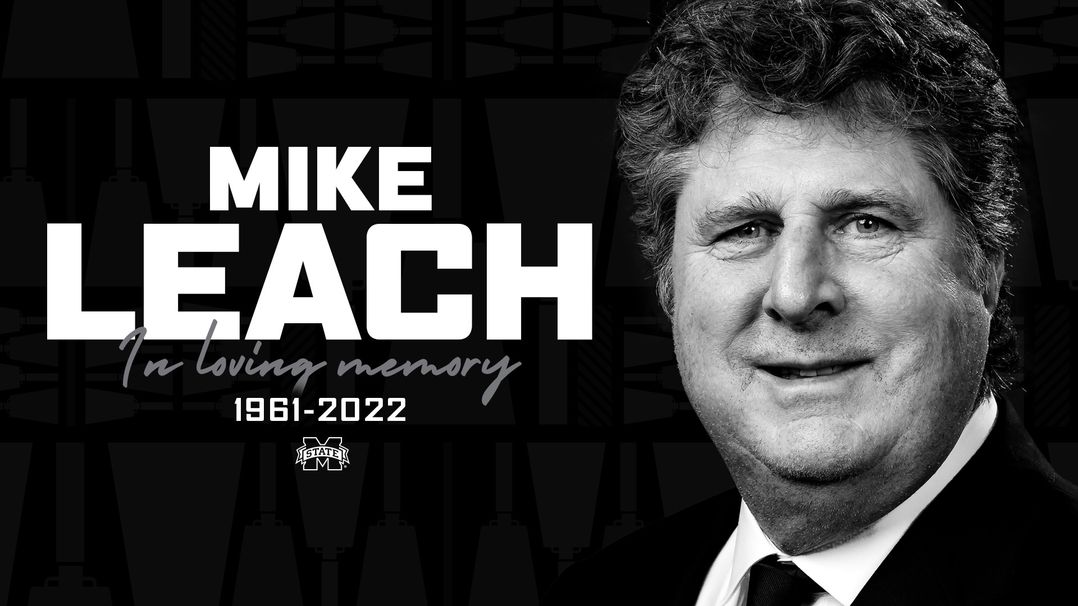 Mississippi State announced Tuesday morning that Coach Mike Leach has passed away from a heart condition. Leach had fallen into critical condition on Sunday, with only suspicions of a heart condition being the cause. Saturday night Leach was reportedly in good spirits at a media party, but had an unprecedented condition happen on Sunday.

Mike Leach coached under Hal Mumme, having a brief stint in Kentucky from 1997-1998. Leach went on to have several coaching jobs, with two long tenures at Texas Tech and Washington State, until arriving at Mississippi State in 2020. Mike Leach had a career record of 158-107 as a college football coach, winning the conference division title once a piece in the Pac-12 North and Big 12 South. Known for his wild schemes and air raid offense, he was always looking to invent new ways of putting up points. He was also known for his entertaining press conferences, ones that delivered off-the-wall dialogue, or answered in ways only Mike Leach could think of.

Mike Leach’s Pac 12 mascot battle was an all timer.

Prayers are with him today. pic.twitter.com/Ix6DZNxCET

My all time favorite interview from Coach Mike Leach. He’s funny even when he doesn’t realize it and that’s what makes him so special.

Praying for him and his family. pic.twitter.com/4KzdtPjE6r

One of his most memorable wins was against Mack Brown and the number one ranked Texas Longhorns in 2008, when a last second grab by Michael Crabtree gave the Red Raiders a miraculous upset win over the Longhorns. Texas had dropped the interception the play before, giving the Raiders just one more chance to win.

November 1, 2008: After Texas drops an easy interception on the previous play, Graham Harrell (@CoachHarrellWVU) finds Michael Crabtree for a 28-yard TD with one second left to give #7 Texas Tech a 39-33 win over the #1 Longhorns in Lubbock.
pic.twitter.com/er8arzwrEh

One of the most memorable coaches to ever do it. Rest in Peace Coach Leach.