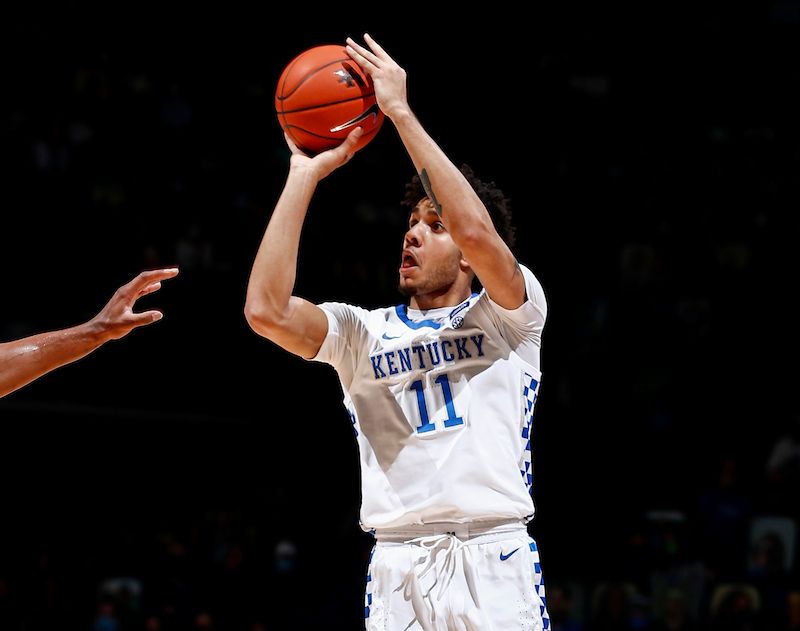 Dontaie Allen will enter his sophomore season at Kentucky with confidence after a strong performance to end the season vs. Mississippi State in the SEC Tournament.

Allen will have the advantage of playing two years under John Calipari in the Kentucky program when he returns to campus this summer.

Even with all the new additions to the backcourt, ESPN’s Jimmy Dykes predicts Allen will challenge transfers CJ Fredrick and Kellan Grady for a starting spot.

“I don’t think Dontaie Allen is just going to give up a spot to [Kellan] Grady and [CJ] Fredrick; I don’t think he’s wired like that,” said Dykes on the Kentucky Daily podcast last week. “He’s a tough kid, he went through a lot so far in his career at Kentucky, but he has fought through it. I think that kid is going to really fight to be on that floor in the starting lineup.”

A couple of things could be in Allen’s favor during a sophomore season, given the way Calipari has constructed the roster with shooting threats. The UK coach seems to be transitioning to a 4-out look offensively, featuring a three-guard attack.

“It’s interesting if Kentucky does go with a 4-out look because obviously he [Allen] is big enough to develop his game as a rebounder. He can get in there and get some dirty stuff done for you as well. I like the kid a lot. You have to have shooters anymore in college basketball. If you can’t shoot as a team and if you can’t shoot at your position, the game becomes really hard.

You can listen to what Dykes had to say about Allen below. Skip to the 12:47 mark to listen to Dyke’s comments about the Kentucky native.