Joe Lunardi Projects Kentucky as a No. 1 Seed in Louisville Entering Season March Madness is seven months away but that doesn’t stop ESPN’s Joe Lunardi from releasing Bracketology updates, as crazy as that seems to do when the season hasn’t started.

Lunardi was in mid-season form Tuesday, months before he slides into his Bracketology bunker with bubble updates and a bracket outlook on the 2023 NCAA Tournament.

Maybe it’s not too soon (it is) to talk about tournament projections, considering Kentucky basketball will be on your television tonight at 7 p.m. ET., where the Wildcats play the first of four exhibition games in the Bahamas.

Tuesday morning, Lunardi published his updated outlook on how he predicts the 2022-23 men’s college basketball season to unfold.

Kentucky fans would love nothing more than Lunardi’s prediction to be correct. The ESPN bracketologist has Kentucky as a No. 1 seed in the South, playing regional games in Louisville after spending the first weekend in Columbus, Ohio. 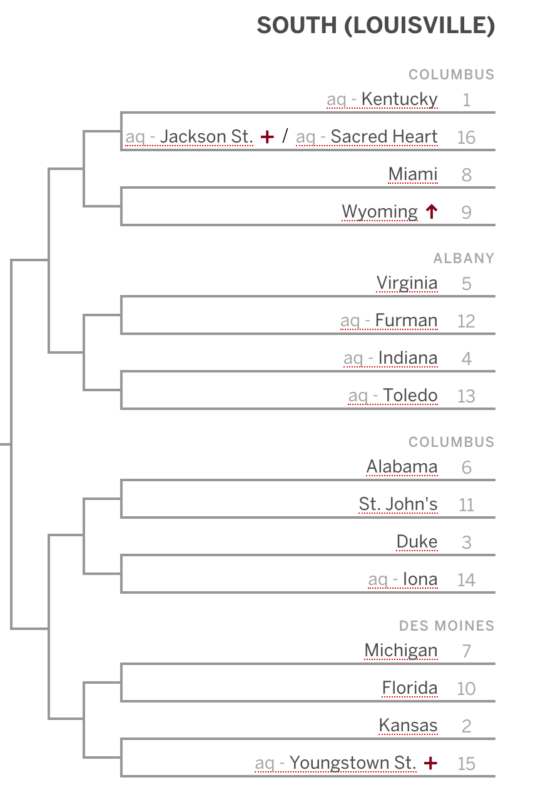 Kentucky Continues to Climb in the AP Poll

Kentucky Continues to Climb in the AP Poll

Watch: Jacob Toppin Jumps and Kisses the Rim in the Bahamas
Oscar Tshiebwe will reportedly make about $500,000 in NIL this week