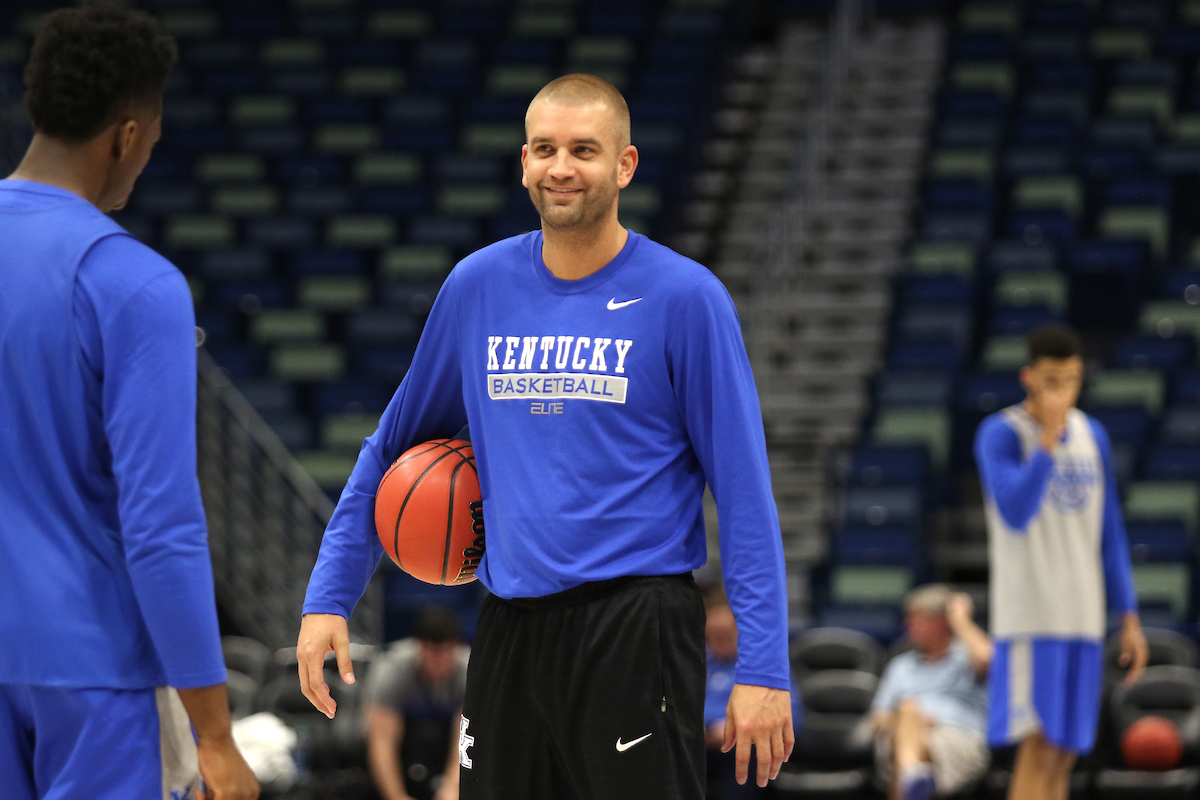 Joel Justus is on the move in the coaching carousel.

The Kentucky assistant coach is on his way to Arizona State to join Bobby Hurley’s staff, according to a report by Jonathan Givony of ESPN.

Justus has been on staff at Kentucky since 2015, where he played a key role in the recruitment of some of Kentucky’s top players.

Some of the players Joel Justus recruited to Kentucky include Bam Adebayo, Shai Gilgeous-Alexander, Immanuel Quickley, Keldon Johnson, Johnny Juzang, Brandon Boston and others. He's is also the lead recruiter for Kentucky commit Skyy Clark, the No. 13 prospect in the 2022 class. https://t.co/J001JpxkKg