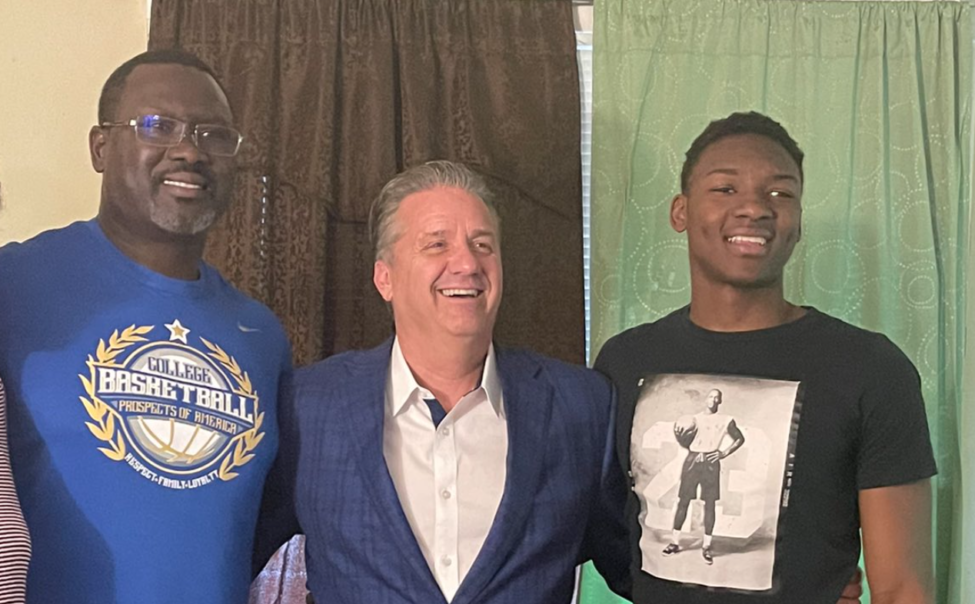 Adou Theiro joined Kentucky’s 2022 recruiting class Sunday when he signed with the Wildcats.

The 6-foot-5, 180-pound combo guard committed to Kentucky during his visit but waited until his birthday (May 8) to make the announcement public.

Now that Thiero has officially signed with the Wildcats, Kentucky coach John Calipari released a statement about him joining the program.

“I am excited to have Adou join our program. He is a great kid who comes from a terrific family,” UK head coach John Calipari said. “Adou is a winner who fought through some adversity last summer and then led his team to the state championship game. Much like Dom (Hawkins) and Derek (Willis), Adou understands the grind and process of development here. He knows nothing will be easy, but he has great size and has the makeup of the kind of guard who excels here, someone who can play on the ball or off and can finish at the rim in a variety of ways. I can’t wait to coach him and help him reach his goa