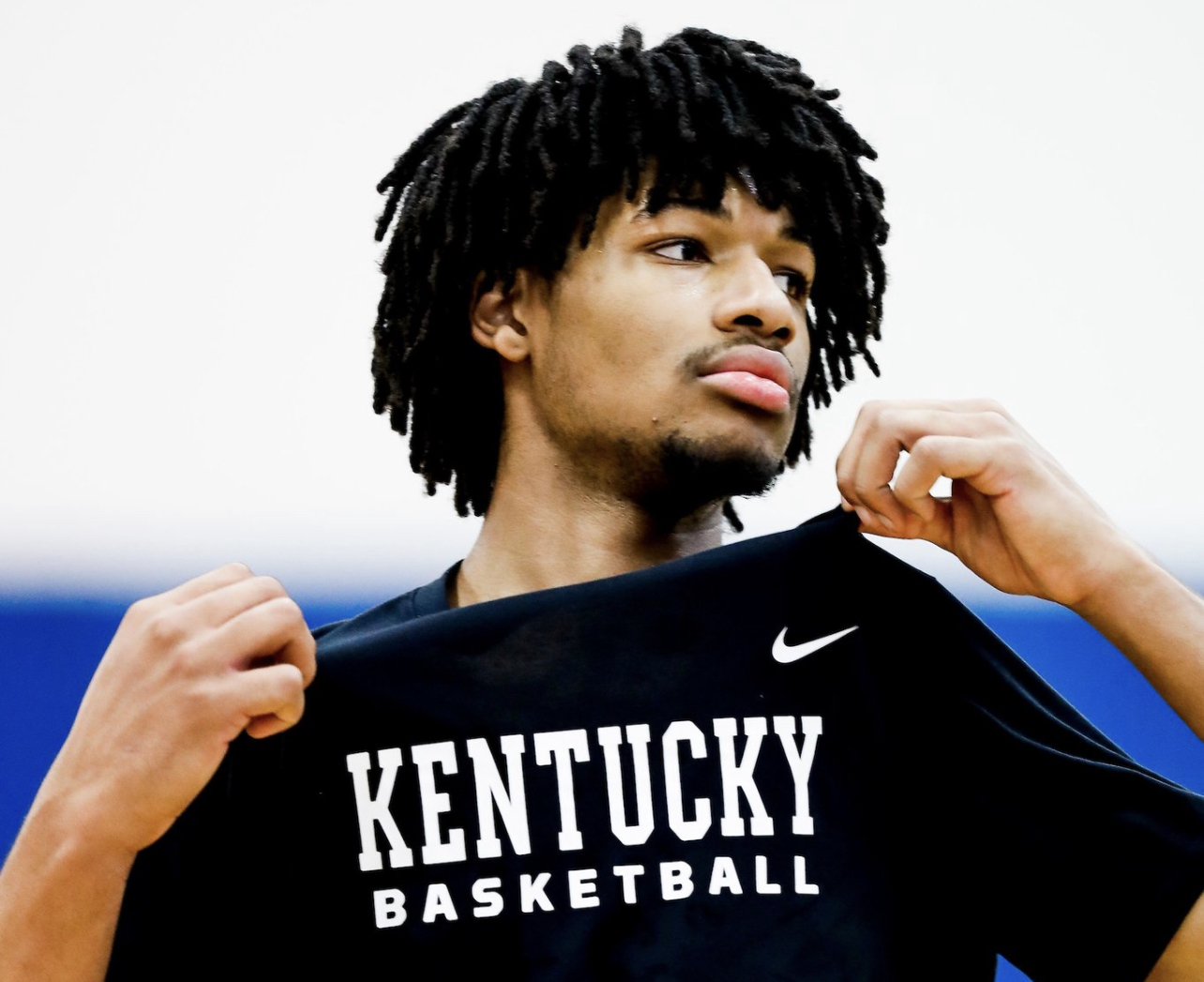 Sharpe, the consensus No. 1 player in the 2022 class before reclassifying to 2021, enrolled at Kentucky in January but hasn’t appeared in a game for the Wildcats.

John Calipari spoke with UK media Friday morning and updated the situation. The UK coach said the report doesn’t change anything and that the UK guard plans to be in Lexington for the 2022-23 season.

“No, it doesn’t change anything,” Calipari said. “He plans on being here next year. He’s watching. Whether I play him or not this year, if he’s ready to be in games, I’ll put him in. But he’s a great kid. He’s doing well. He’s going to make practices even better. He’s only been here two weeks. At the end of the day, you know I’m going to be for kids. That’s how I do this.”

Oscar Tshiebwe, Sharpe’s teammate, had great things to say about the freshman.

“He has been great,” Tshiebwe said. “He’s been helping us. He’s doing good. Right now, a little bit of a problem with him is he does not know the plays. Coach has just let him practice with us. Whenever coach thinks he’s ready, probably going to see him throw him in a game this year. But I don’t know what coach is thinking about him. But for us, he has been so helpful. He’s doing really good.”