John Calipari Excited to Try Something New Offensively this Season 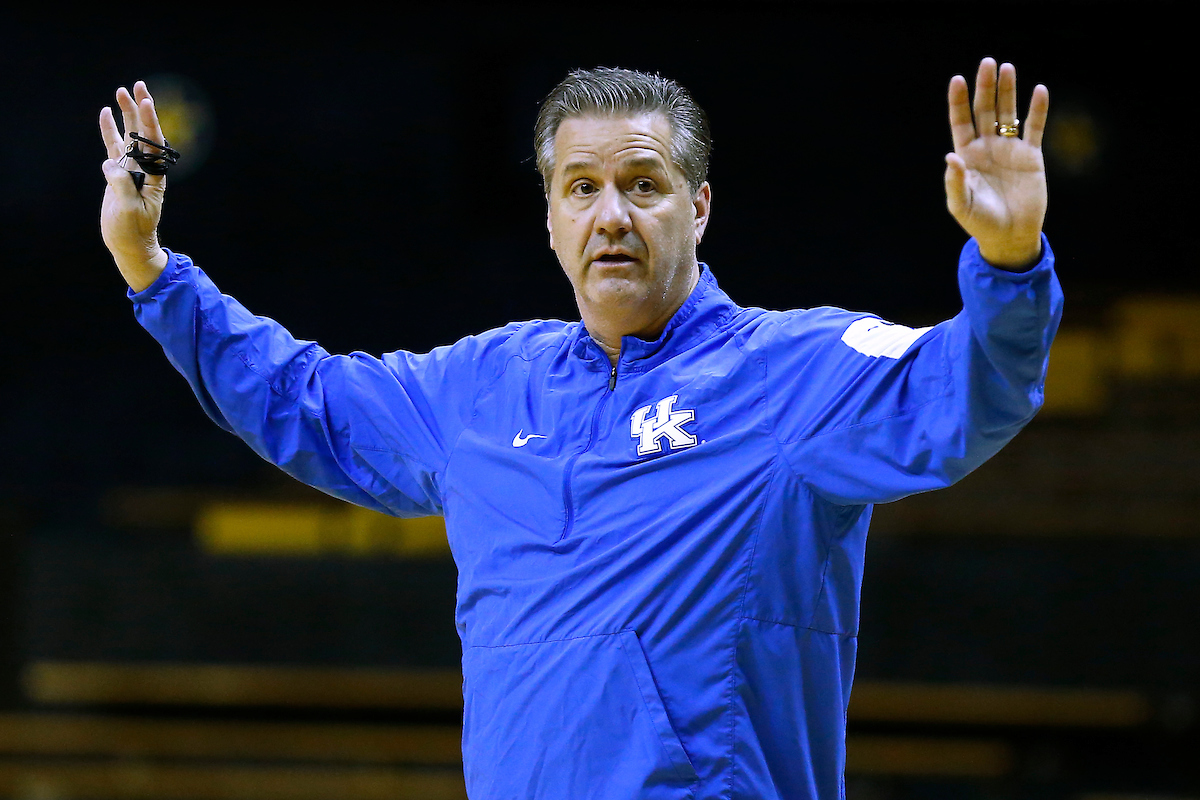 Kentucky coach John Calipari spoke with Kentucky media earlier this week to discuss the off-season and his 2021-22 Kentucky team.

One big topic the last few months has been the need for change in Kentucky’s playing style, primarily moving to a more modern style of play featuring a 4-Out 1-In look.

For his career, and a lot of times at Kentucky, Calipari has played two big men together for long stretches.

Calipari spoke to a change in approach to how his current group of Wildcats will play. The UK coach said Kentucky’s offensive attack will have four positions that are guard positions and to play in those spots, players will have to have guard skills.

“The biggest thing that we’ve done and I’m telling them, we’re going to have four positions that are guard positions,” Calipari said. “That doesn’t mean I’m starting four guards, but if you want to be in one of those four positions, you’re going to have guard skills, which means you’d better be able to get in that lane and lane touch. You’d better be able to make shots. You don’t have to make them all. You just can’t miss them all. And if you don’t have guard skills, you’re going to be playing as one of our big guys.”

Some of Kentucky’s best teams have had a guy at the 4-position that could face up and make plays off the bounce (Terrence Jones, Julius Randle, and PJ Washington are examples).

Junior Keion Brooks Jr. could be that guy for Kentucky this season and Calipari seems committed to changing things up.

“Keion has gotten so much better, so much better,” Calipari added. “I think part of it is Bryce (Hopkins) has come in with a physicalness. He’s better than I thought. First of all, good with the ball, gets you on his shoulders, and all of a sudden it’s got Keion playing more that way. Keion has one of the best floaters in the country. Shoot it! Less 3s, more floaters. Get in, take a bounce, let it go. Better.”

Calipari backed up his statements from Tuesday by saying he’s excited to try something new with this team, “Four perimeter players, basically four guards,” Calipari said.

We will see when Kentucky tips off the season vs. Duke two months from today.