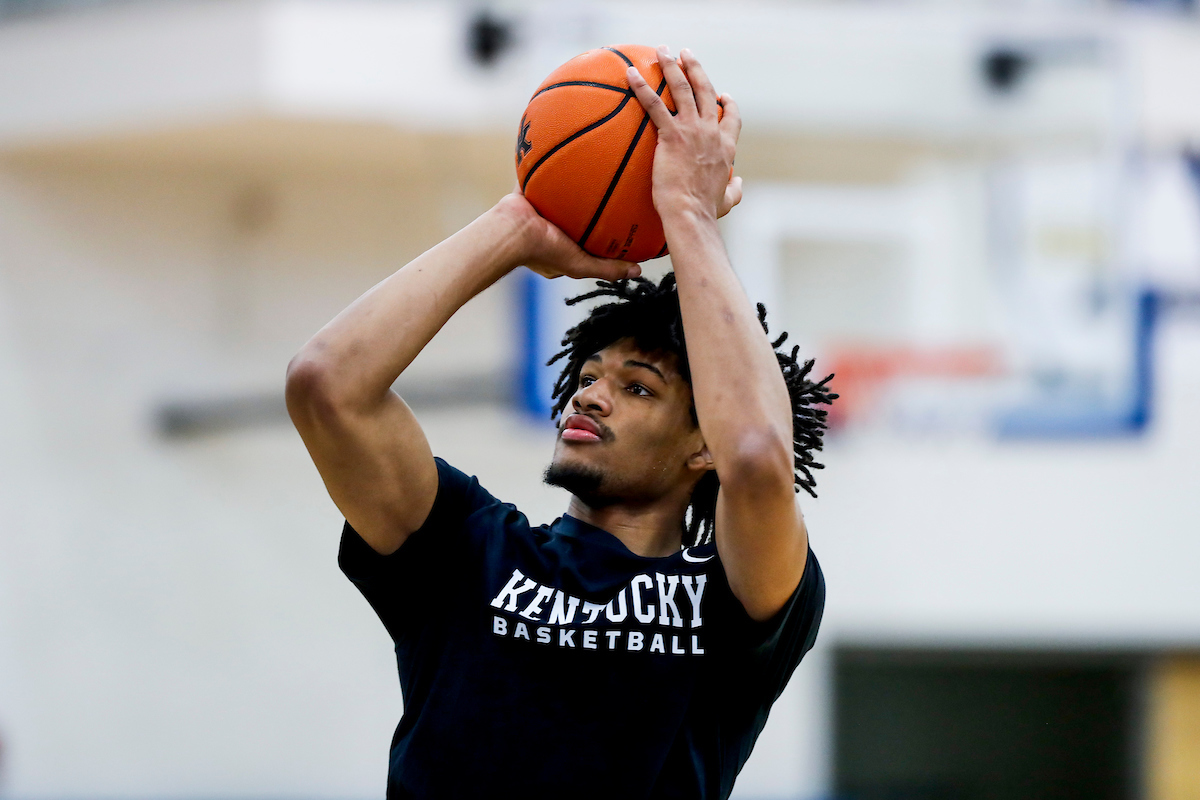 Sharpe, a five-star freshman that enrolled at Kentucky in January, hasn’t appeared in a game for the Wildcats this season.

Earlier this week, Jonathan Givony of ESPN reported that the former consensus No. 1 player is eligible for the 2022 NBA Draft, drawing even more attention about Sharpe possibly playing this season for the Wildcats.

“It wouldn’t have been fair to the kid,” Calipari said. “I just wish we had a bunch of practice time where I had two weeks with him to where we could run three or four different things, and him defensively play because he’s a terrific player.”

“I have told his parents that I am not going to put him in a position where he hurts himself,” Calipari reiterated. “I am not. And we’re going to do this, the process of this, and if he ends up playing this year because he’s capable of doing it and he can play, we’ll play him. But I’m not just shoving him in so we can win another game or stay closer. I’m not going to do that.”