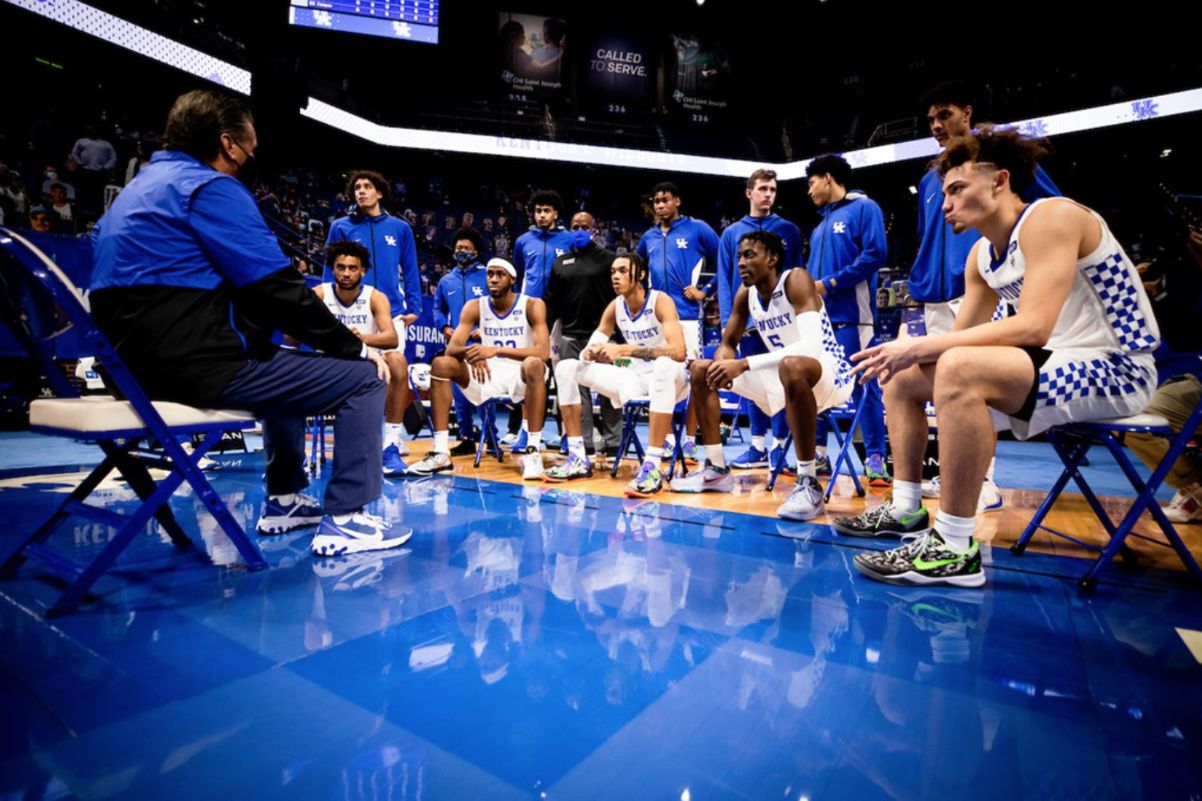 Following a loss, John Calipari always sends his thoughts and a message to Big Blue Nation.

Kentucky lost their second consecutive game of the season last night, a 65-62 loss to No. 7 Kansas in the Champions Classic.

Calipari watched the film and had the following to say about the loss.

Defensively, rebounding and shot blocking we did enough to win. Offensively, not moving the ball, holding the ball and not creating for a teammate, it’s obvious – and the tape tells the story because film never lies – it’s very clear where I have to take this.

Let me say this though to our fans: Stick with these kids. This is a good group. They really are great kids. They just have to learn and create new habits, and we have to teach them and get them on the same page. Time to get back to work!!!