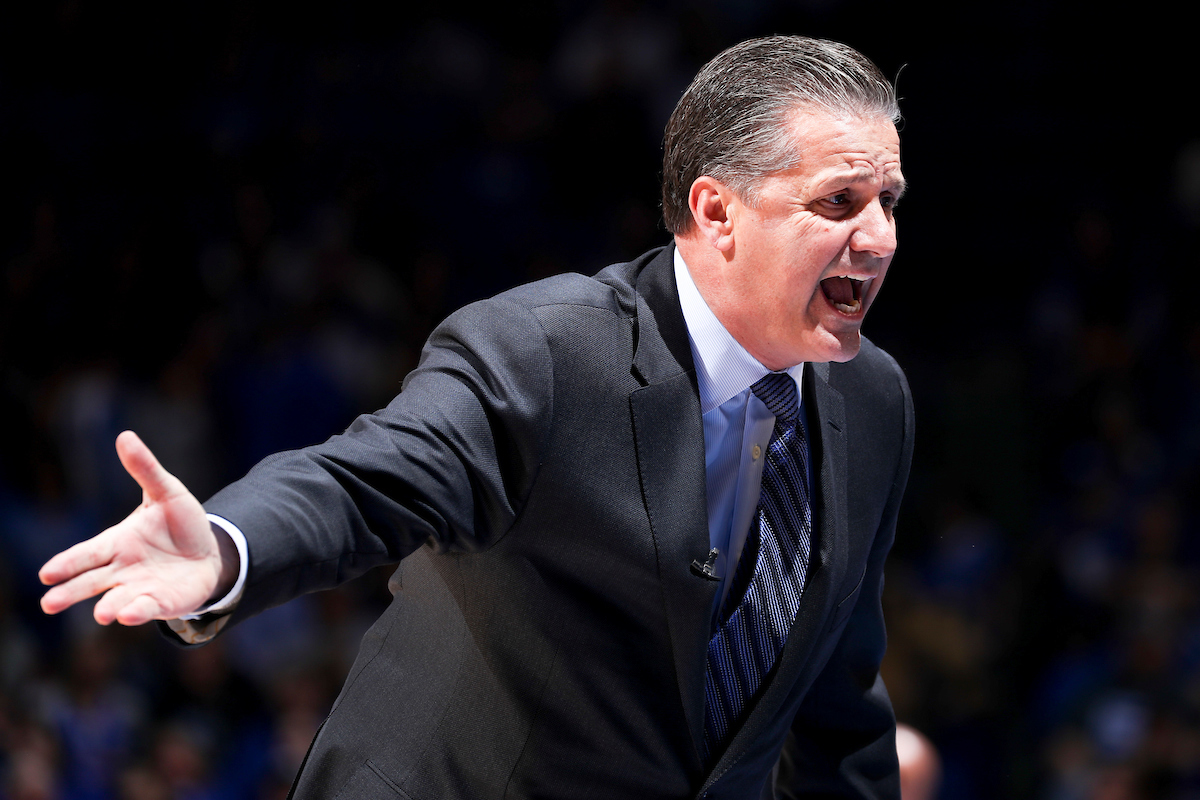 Louisville coach Chris Mack made news Wednesday when he joined John Fanta on the “Fullcourt Press with Fanta and Adams” podcast.

Fanta asked Mack about the possibility of Kentucky-Louisville playing during the 2020-21 season.

Mack had the following to say, suggesting it wouldn’t be fair for Kentucky to play at Louisville in an empty arena and the Cardinals returning to Rupp Arena in 2021-22 to play in front of 21,000 people

“I don’t know because, again, you’re dealing with a limited calendar,” said Mack. “For instance, the University of Cincinnati, we were supposed to play our second game of the season against those guys at their place. Talking to John Brannen, how fair is it for us to play their home game in front of literally no fans and then have him return the game? And I think the same thing holds true for the Louisville-Kentucky game. Where is the equity of Kentucky coming here in front of no fans and then having to go back to Rupp Arena in front of 21,000 fans?

John Calipari responded with the following statement Friday via Jon Hale of the Courier-Journal.

Statement from John Calipari on status of UK-UofL game:

"We are prepared to come to Louisville to play this season under the previously agreed upon terms, and we fully expect Louisville to honor the agreement with a return game to Rupp Arena next season" https://t.co/6ITbTaxBFq

Full statement from John Calipari in response to the Louisville vs. Kentucky basketball game. @WHAS11 pic.twitter.com/658GjDHDzM

NEW: I asked Louisville head coach Chris Mack if the Cardinals will face Kentucky this season. His response: pic.twitter.com/p54nrkSCFE