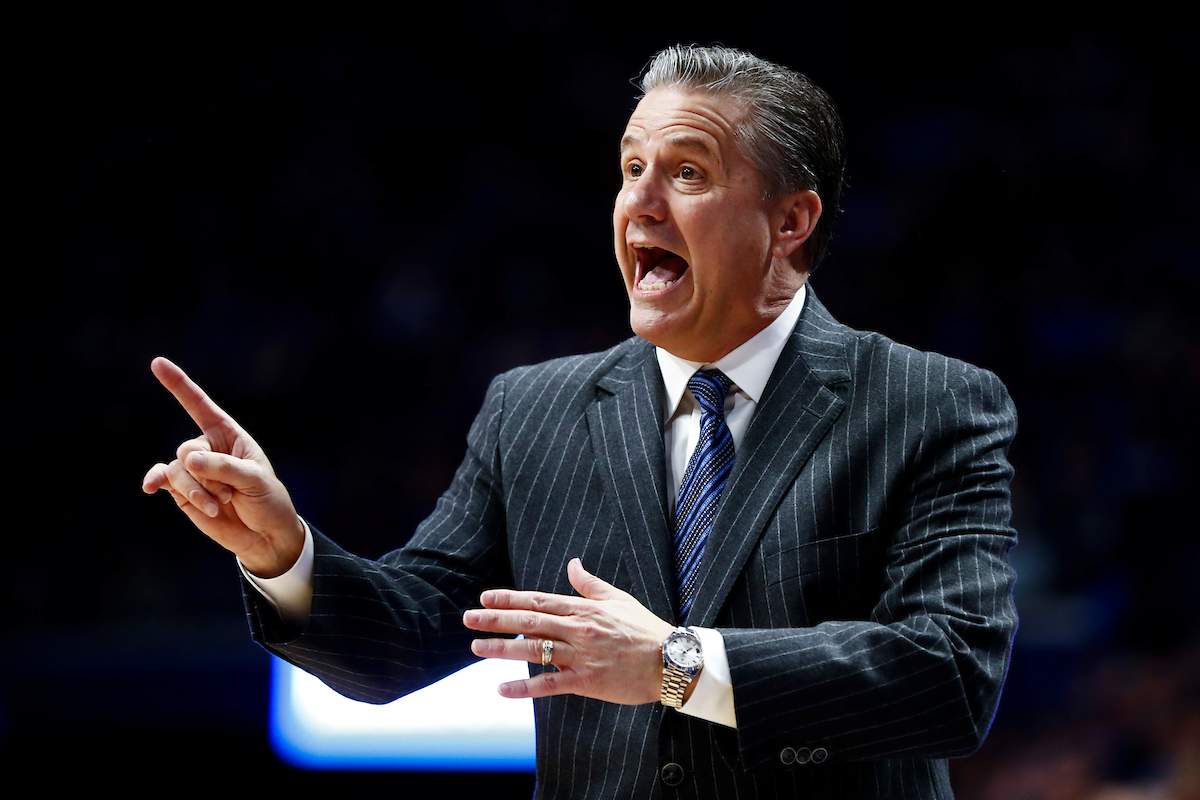 John Calipari made another appearance on Sports Talk with Dan Issel and Mike Pratt Monday morning to discuss a number of topics.

The biggest news from the interview is the UK coach said the Wildcats have a silent commitment and that the player will be announcing his decision shortly.

“We got one commit,” Calipari said on Sports Talk with Dan Issel & Mike Pratt this morning. “We’ve got another guy committed. He’s going to announce here shortly. We’ve got a kid whose mother and the kid, ‘I’m gonna do this.’ All that and ’23 looks, we’re ahead of the game.”

The question now is who is Calipari talking about? Is it a high school recruit? Transfer portal?

The most likely bet is class of 2022 guard Adou Thiero, who just visited Kentucky over the weekend.

The 6-foot-5 combo guard is set to announce his collegiate decision on May 8.

Had a great official visit to Kentucky, Thank you @UKCoachCalipari and the rest of the coaching staff for having my family and I! pic.twitter.com/5Mh52TtmN4