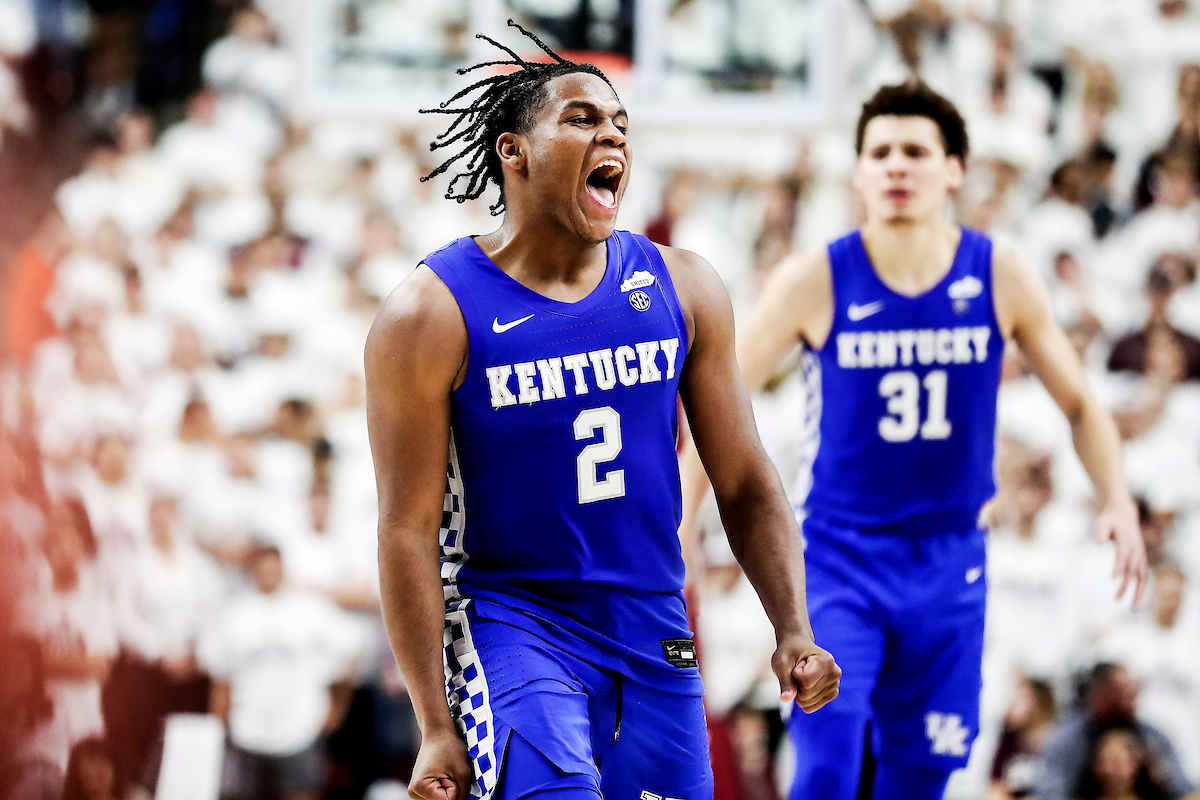 Sahvir Wheeler had his worst game of the season last night at Texas A&M but still led the Wildcats in scoring with 12 points in Kentucky’s 64-58 win.

The junior guard had a career-high 8 turnovers in the win, recording four in each half.

Texas A&M was aggressive trapping Kentucky’s guards out of ball screen situations, something John Calipari shoulders the blame for.

“First of all, I did a really bad job in this pick and roll stuff for Sahvir and made him look bad,” Calipari said. “We’ve got to be better prepared for what we’re doing and talk them through, you’ve got to drill them. This is what we’re doing.”

Even with the turnovers, Wheeler came up clutch for Kentucky with an efficient 5-of-8 shooting, including 2-of-2 from three-point range.

Wheeler did add four assists in 31 minutes of play.

Bruce Pearl Says Kentucky is as Good as the Anthony Davis Team in 2012
Report: Shaedon Sharpe Eligible for 2022 NBA Draft