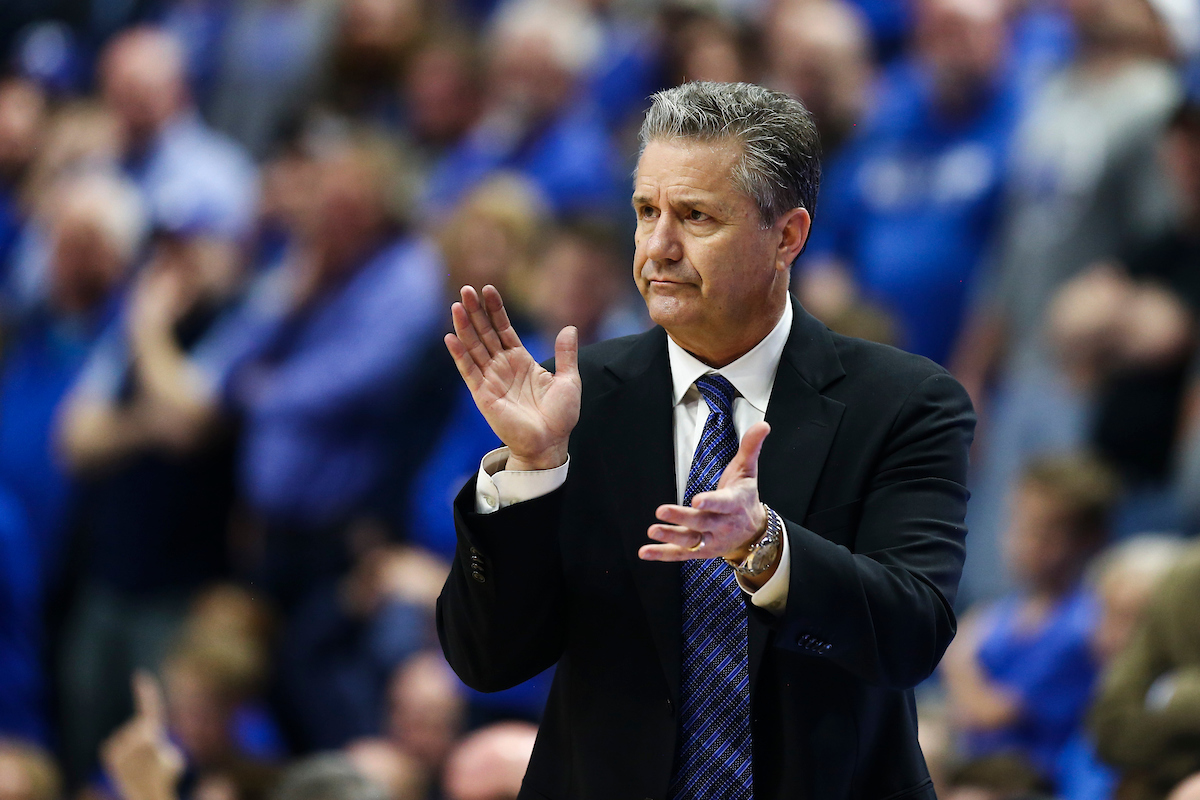 John Calipari made another radio appearance with Dan Issel and Mike Pratt this week to discuss the Kentucky men’s basketball program. Calipari had a lot to say during his second interview on the show in two weeks.

During the interview, Calipari discussed changes that need to be made to the Kentucky program when it comes to facilities and Big Blue Madness.

“I’ve got to sit down with Mitch this week because we’ve got issues that — nothing crazy. Let’s deal with this stuff. Let’s be ahead of the curve.”

All of Calipari’s plans to change center around recruiting and generating buzz when recruits are on campus visiting Kentucky. The two ways those impacts are made are in facilities and Big Blue Madness, the biggest recruiting event of the season for Kentucky. Calipari says both are unacceptable right now.

Big Blue Madness, the biggest recruiting night of the year for Kentucky, needs a makeover. The routine for years has been player intros, a Calipari speech, a dunk contest, and a three-point contest, followed by a scrimmage. The show is stale and change is needed.

“The buzz [recruiting] is great. I walk in the gym, I mean, the buzz is ridiculous still, but when they come to campus, you gotta have that buzz. You got to have the same buzz. They can’t come here and look at what we do and say, ‘Oh, gee.’ I’ll give you an example. Madness. You guys know this. It’s got to get back to where it was.

“I’m gonna be in the middle of it. I’m not leading it. I’m not gonna be doing it. I got other things they got to do but nothing is gonna get done without me knowing they’re okay. Here’s where we’ve gotta go with Madness. We’ve gotta have Madness that everybody’s talking about for a month after it ends. That’s not happened the last three years or so. So, we’ve got to get that back.”

Madness isn’t the only thing on the list of changes for Calipari. The UK coach wants facility upgrades.

“The Philadelphia Phillies came on campus because they want to look at a facility for training. And they came to our baseball stadium and they looked at that stuff. Do you know what they said? ‘Wow. Wow.’ Then they went to football, walked through it, and said, ‘Wow.’ They saw the soccer stuff, ‘Woo.’ And then they said, ‘Wow. We want to see basketball.’ Because figuring, if that’s what this is like, show us basketball. And they went and said, ‘Wow. It’s kind of — we didn’t, what?’ And I said, ‘We got short-term stuff we got to do. And then there’s the long-term.’

The collegiate game is changing, as the NIL (Name, Image, and Likeness) era has arrived in college basketball. Calipari wants to make sure Kentucky is staying ahead, even when it comes to player lodging.

“Mitch and I are gonna meet and we’re gonna talk but my mind is a little changing because of the name, image, and likeness. Having a facility where everyone lives? Now the kids are all making — it may not be what we should be doing. I don’t know.

“So we’ve got to talk that through, but it is unacceptable that Madness is not where it needs to be. It is unacceptable that our facilities, when people look at men’s basketball facilities on this campus, they don’t go crazy. Like, ‘Wow, you got it.’ And then when the NBA comes in, I don’t have to hear, ‘Well, there are a lot of facilities better than yours.’ No. This is Kentucky. So that’s part of all this stuff. Staying ahead of the game, keeping us at that level.”