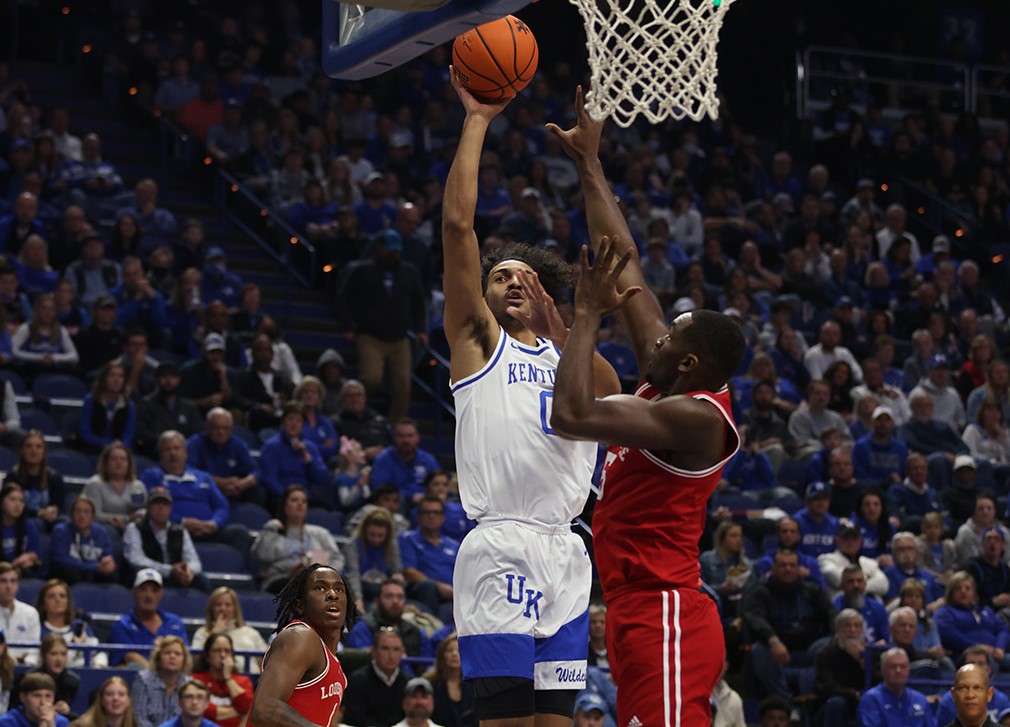 Kentucky and company gave the fans a New Years gift when they handed the cards their 12th loss of the season with a final score of 86-63. The Cats came out aggressive, and never let go of the lead for the entire game. After jumping out to a double digit lead, the Wildcats never let it get closer than seven points.

Coach Kenny Payne received a warm welcome in his return to Rupp Arena, even if he is wearing Louisville colors now. Calipari added that he was proud of the crowd for their welcoming attitude, referencing other previous coaches that did not get a great welcome in their return to town.

The Wildcats lived in the paint during the game, racking up an astounding 46 points in the paint. Calipari stuck to a mostly six man rotation, with Toppin, Wheeler, Wallace, and Oscar all having over 35 minutes, while Livingston and Reeves split the fifth spot. During his postgame interview, Cal added that this was intentional, stating he wanted his key players to play more ‘deliberate’, getting players into a groove and finding how players respond. He also added a talk with Jeff Shepard, where he referenced early season struggles before Shepard’s team went on to win the conference championship and national championship, stating this team needed to come together and fight but also take the weight off of their shoulders and just play free.

In a huge appearance, Jacob Toppin gathered a career high 24 points, shooting 10-15 from the field while adding seven rebounds and two assists. Coach Kenny Payne added he knew that Toppin was ‘struggling’, but he is ‘capable of dominating the game’. Toppin definitely did that, finishing his night with a monstrous put back slam.

Oscar played excellent as well, finishing with his usual double-double with 24 points and 14 rebounds. Coach Kenny Payne added that he was ‘frustrated’ with the effort the Cardinals put in, adding that they had practiced all week on being physical and rebounding, but also stating ‘He is the most physical player in college basketball’ and he is hard to stop without execution. In contrast though, Oscar continues to struggle from the charity stripe, leaving points on the board that can’t be left behind during conference and tournament play. Oscar finished 4-9 from the free throw line, and as physical as he plays, he can assume to continue to get nearly double digit attempts a game, he just has to cash them in.

Cason Wallace played well today as well, playing as a secondary ball handler. He finished with 17 points, five rebounds, and two assists. Wallace effects the floor in many ways, especially defensively as he added two assists, but he does so many things that don’t go on a scorecard. He alters many shots, closes driving lanes, and hounds the ball carrier and his assignment very well.

Kentucky ends the calendar year on a win and now looks forward to conference play, as they play LSU on Tuesday. The game will be at Rupp, but will be at 8 ET on ESPN. Hopefully a new year continues to branch off this great effort against the Cards.