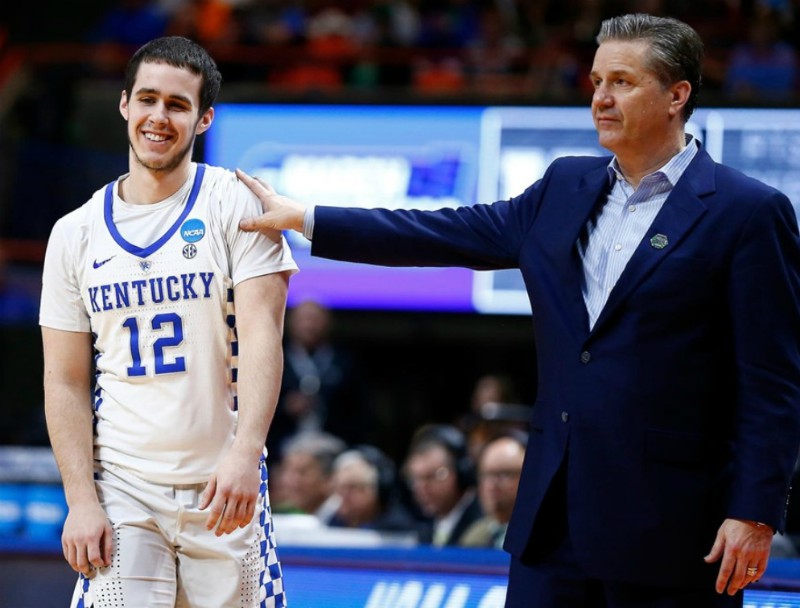 Kentucky is planning to host its own multi-team event, according to Matt Norlander of CBS Sports.

According to Norlander, Kentucky is in the final stages of agreeing to play Detroit, Hartford, and Richmond in the first week of the college basketball season.

All three opponents were on the original 2020-21 Kentucky men’s basketball schedule, and Calipari’s son, Brad, plays for Detroit.

The college basketball season will begin on November 25. It should be noted the Holiday Hoopsgiving event tweeted confirmation that Kentucky will play Georgia Tech at State Farm Arena in Atlanta on Friday, November 27.

Kentucky plans to host its own MTE in a pod format in Lexington, sources tell @CBSSports. Detroit, Hartford + Richmond are in the final stages of agreeing to play w/ UK in first week of the season. Each team would play each other once. Three doubleheaders over four or five days.

One more thing to note: Unless an exception is made, this ends any hope that Champions Classic could include a scenario in which UK/Duke/MSU/KU would all play two 2 of the other 3 teams in that field. There was a little buzz on that a while back. Only one MTE allowed per team.