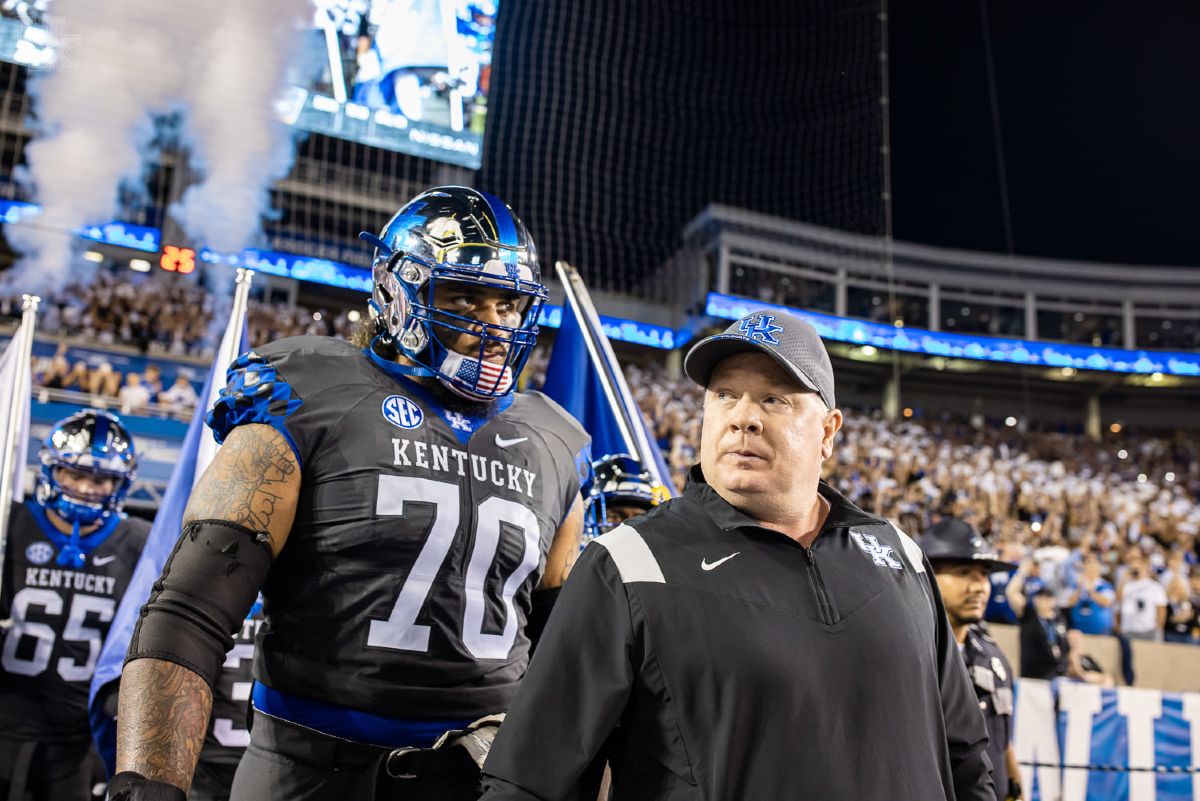 No. 11 Kentucky vs. No. 1 Georgia for the top spot in the SEC Saturday afternoon in Athens.

The matchup is a big one in the SEC but it’s also a big one nationally, considering we’re at the halfway point of the 2021 regular season and both are the only undefeated teams remaining from the SEC.

The winner will be the overwhelming favorite to win the SEC East and take a trip to Atlanta for the SEC Championship game in December.

According to Cole Cubelic, Saturday will be a historic day for the SEC East, as this marks the first time since the SEC split into divisions that two SEC East teams have played with both teams being 6-0.

Historically, Florida and Tennessee have always played early in the season, and Georgia and Florida usually have one loss by the time they play. It’s still crazy to think since 1992, this will be the first matchup of 6-0 teams.

Chris Rodriguez is on Pace to Break UK’s Single Season Rushing Record
Watch: Kirby Smart has A lot of Respect for Mark Stoops and Kentucky