Kentucky Handling Business at the Half Against Louisville 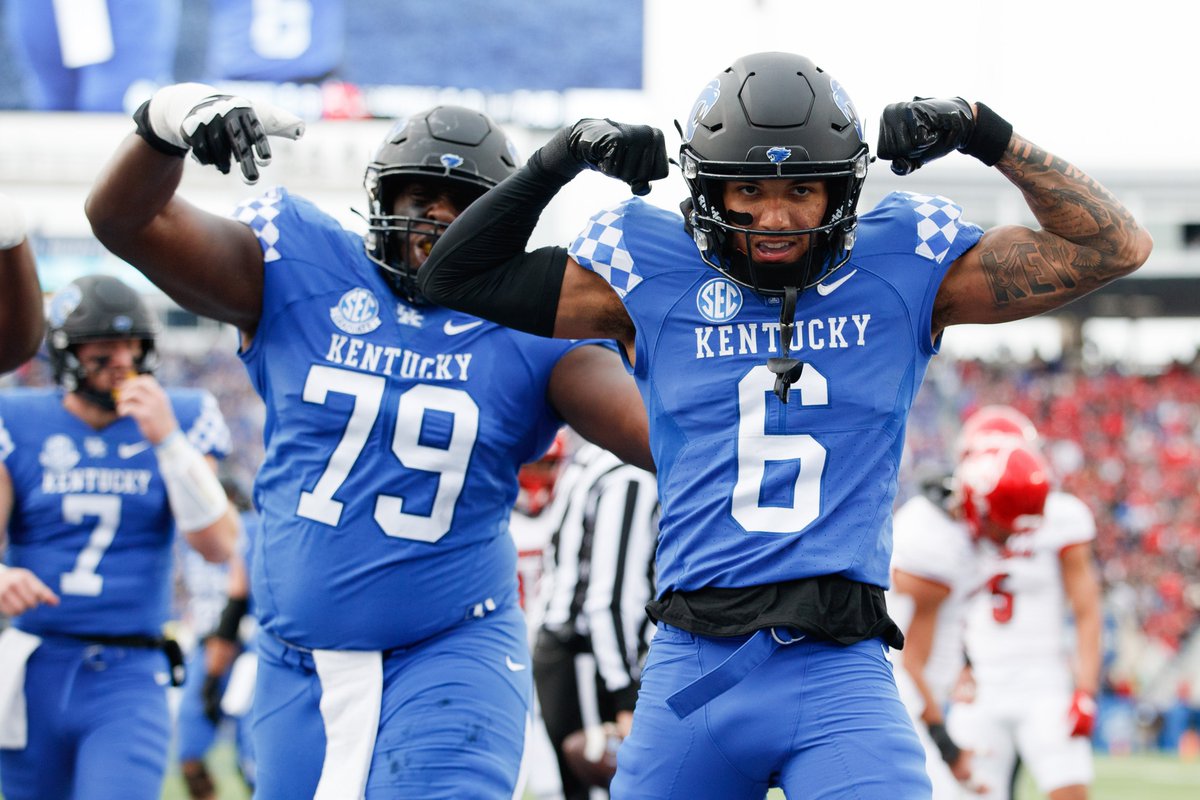 Kentucky is currently playing their final game of the season at home against the 25th ranked Louisville Cardinals. At the half, Kentucky is up 13-7.

Kentucky sputtered on their first drive, but the second drive quickly put a touchdown on the board. After a C-Rod run was wiped off the board, quarterback Will Levis found true freshman Dane Key on a quick strike to put up the first score of the game.

Two drives failed within the red zone, something familiar to this Kentucky offense, but kicker Matt Ruffolo made two field goals that excited the Kentucky home crowd. One bright spot is the addition of tight end Josh Kattus, who has emerged recently to be a great option in the passing game. He caught one long bomb in the first quarter that setup the first score.

Junior quarterback Brock Domann go the start over veteran Malik Cunningham. Domann struggled, only mustering 18 yards on eight pass attempts and getting relentlessly attacked by the Kentucky defense. After a quarter and a half of action, Domann was pulled and Cunningham was put back into the lineup. Cunningham gave the Cards a spark of offense, keeping the Cats defense honest against the threat of a QB run.

The Cards have ran well against Kentucky, totaling 114 yards on the ground. While the Cats have found most of their offense in the air, with a total of 204 yards in the air at the half. Chris Rodriguez has had some great runs, but unfortunately they were called back due to penalties. Not surprisingly, Stoops was in the ear of two officials on his walk to the locker room at halftime.

The Cats dominated the first 25 minutes of action, but the last drive for the Cards helped make it a one possession game. The Cards have the ball first after halftime, and it will be interesting to see how both side react and adjust for the second half.