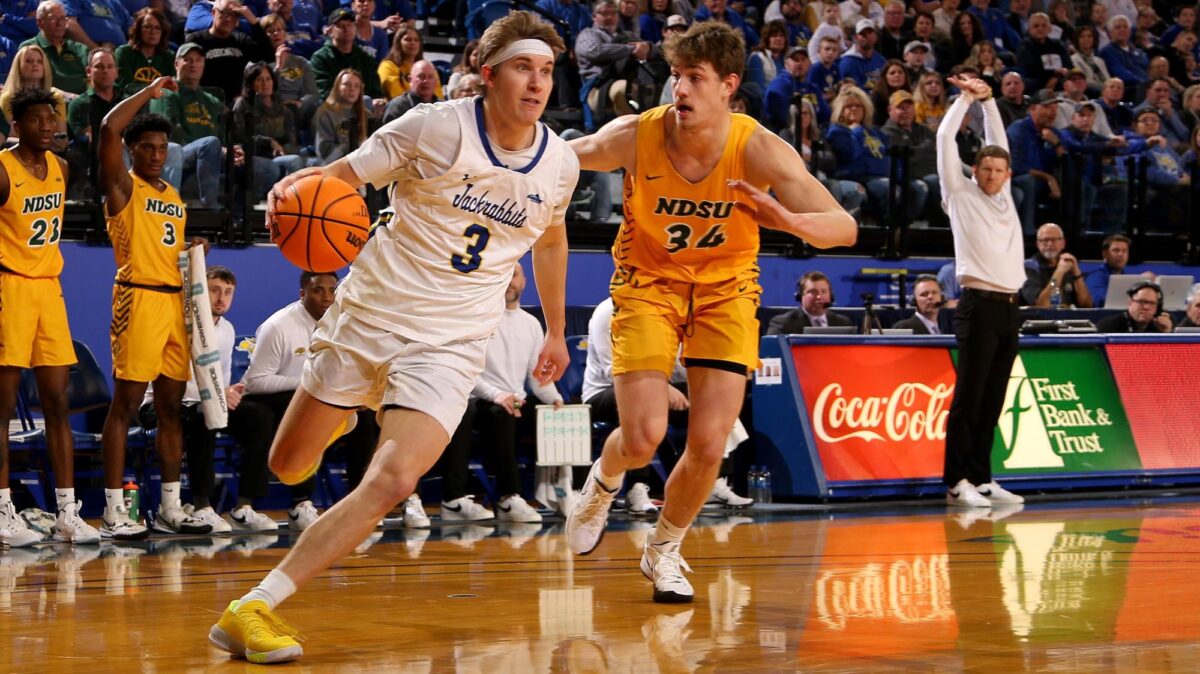 Baylor Scheierman, a transfer guard from South Dakota State, won’t be at Kentucky next season.

The 6-foot-6 transfer is one of the most coveted pieces in the transfer portal but Kentucky won’t be the landing spot.

According to Kyle Tucker of The Athletic, Kentucky isn’t going to promise the NIL amount and featured role that Scheierman’s camp is searching for.

Tucker also adds that Scheierman’s reps communicated that he isn’t going to come to Kentucky and play the Kellan Grady role.

Grady started every game for the Wildcats and led the team in minutes played but some question about whether or not he was being used right in Kentucky’s system.

Was it Grady standing in the corner and passing up open shot attempts or was Cal not running enough action for him to get open? You’ll get mixed responses in that discussion.

In the end, we know Calipari doesn’t make promises to players that he can’t keep.

Don’t think Kentucky is going to promise the NIL dollars + featured role that Baylor Scheierman’s reps are seeking. “We aren’t gonna play the Kellan Grady role” was communicated. Cats showed heavy early interest and then backed off. I’d expect him to go elsewhere.