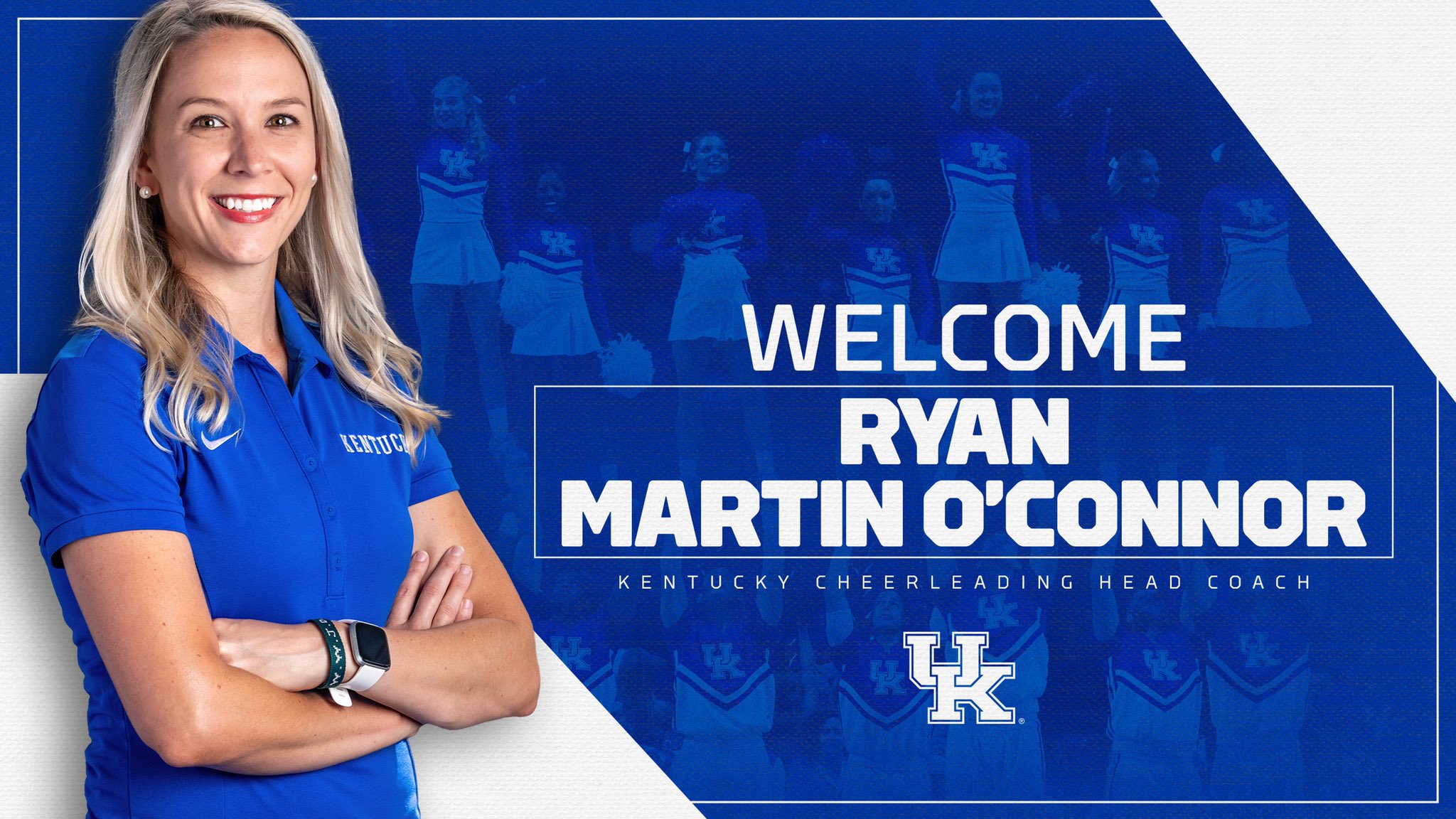 “Ryan is exactly the kind of person we wanted to hire as we sought the next leader of Kentucky cheerleading,” Barnhart said. “She has a proven track record of success, brings incredible energy to her work, and shares our commitment to both integrity and competitive excellence. Not only that, she also has an intimate understanding of the proud tradition of this program and what it means to cheerleaders, this university and the Big Blue Nation. We are excited to help her write the program’s next chapter.”

O’Connor comes to UK from Western Kentucky University, where she was the head cheerleading coach and spirit program coordinator. At UK, she will be in charge of the 24-time national champion Wildcats’ coed cheerleading program.

“It’s a dream come true to be back home in Lexington to lead the best cheerleading program in the country,” O’Connor said. “I have watched this program my entire life and I can’t wait to experience these traditions again from a new role. I look forward to continuing our success and building on our game-day atmosphere. That’s what our cheerleaders and the best fans in the world deserve.”

She was a part of Team USA Coed in 2011 and 2012, winning the ICU gold medals both years. She was also on the Team USA All-Girl squad in 2013, when she and the team won another ICU gold medal.

While at UAB, O’Connor’s squads produced four top-10 finishes at UCA College Nationals, as well as in group stunt.

At Ole Miss, O’Connor’s all-girl squad claimed a Gameday National Championship, in addition to two third-place finishes, a fourth-place result and a seventh-place showing in the D1A Division. In Coed, her Ole Miss squads finished third and fourth in Gameday and seventh in the DIA Division. She also had group stunts teams finish fourth and seventh and partner stunt teams that recorded 10th and 11th-place finishes.

O’Connor and her husband Kyle have one son, Michael.