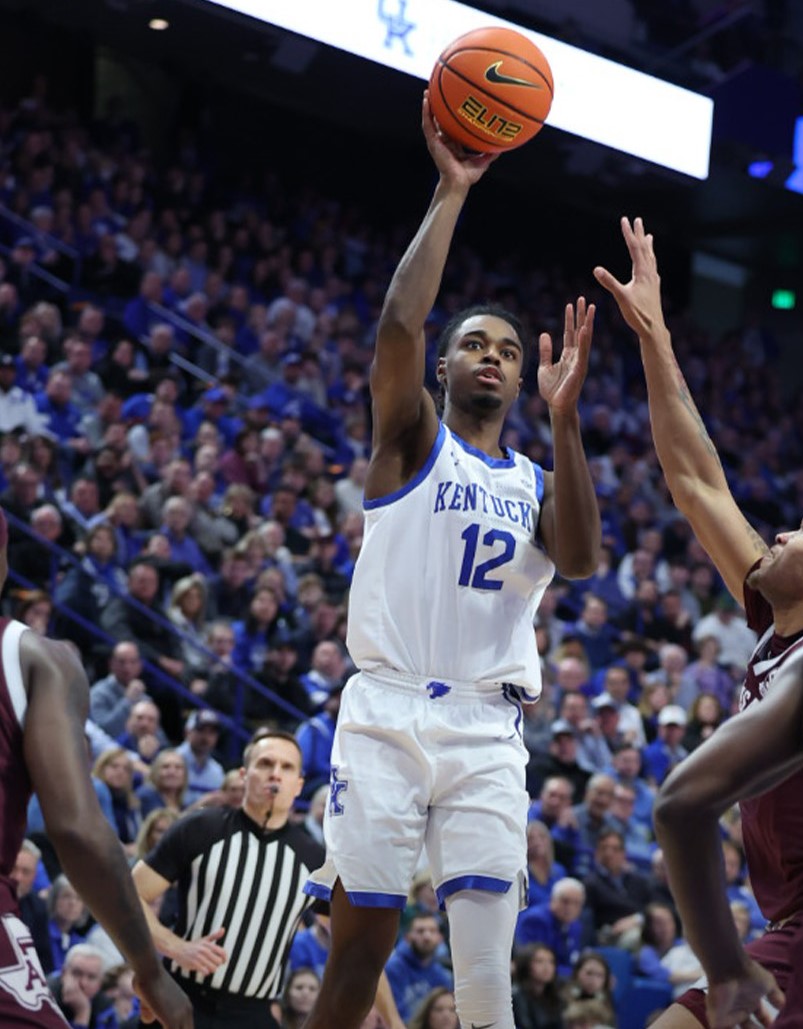 Kentucky faced a tough Texas A&M squad in Rupp Arena on Saturday, a game in which the Cats were favored by five points. The fans at Rupp were electric all game, roaring on great plays, and letting the opponents and refs have it when they were not pleased. The Cats did not have a great shooting day, shooting just 30.6 percent in the first half, leading them to trail the Aggies by two at the half.

In the end, the Cats rattled off a run to take a 56-53 lead and never let go of the lead after that, holding on to the beat the Aggies with a final 0f 76-67. After a phenomenal game Tuesday, Oscar struggled in the first half with only one rebound, zero points and two fouls, but had a stellar second half, finishing with seven points and 17 rebounds. Coach Buzz Williams added that it is hard to gameplan for Oscar, noting that “You can watch tape” on Oscar, but you can’t prepare against him as he is unique.

Player of the game nods went to Jacob Toppin, who finished 17 points, four rebounds, three assists, one block, two steals, and only one turnover. He was a factor on both sides of the court, and his presence was definitely missed when he was not on the floor. Towards the end of the game, Toppin took several hard shots and appeared to be walking gingerly, but fought through to finish the game.

Reeves finished with a game high 23 points, swishing clutch three pointers when the Cats needed them most. Five of the eight shots Reeves hit were from three point land. Teammate CJ Fredrick added twelve points on a underwhelming performance, but added great defense and game-solidifying free throws in finish the game. In a postgame interview, Reeves noted that the team was not aware they had shot 32 three point attempts but shooters have to shoot. Calipari added that he was not displeased with the amount of threes, cause many of them were open shots that need to be taken. It was an off shooting game for the Cats, as they only hit 11 of those 32 attempts, but they hit the ones that mattered in crunch time.

This game was a bruiser by all accounts, having several instances of ref reviews for flagrant fouls and rough plays. A total of 31 fouls were called, even Oscar earned a flagrant after a bang-bang play sent him to the floor and a defender knelt over. Players on both teams will need a little extra rest before their next game. Both coaches noted that this game was more physical than most, owing to both intensity and playstyle for both teams.

Kentucky will travel to Nashville on Tuesday for a late tip-off against Vanderbilt, a game in which they will be favored to win and should be able to handle.