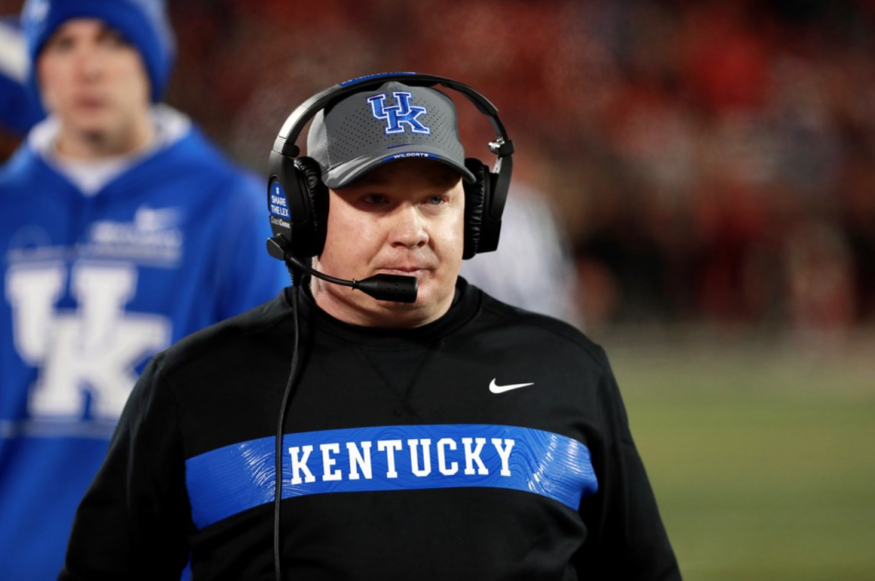 Kentucky has parted ways with offensive coordinator Rich Scangarello according to BBN tonight of LEX18, a day after parting ways with running back coach John Settle. These moves come right off the heels of the end of the regular season, showing the Stoops wants to make a change that recruits and transfers will be interested in.

Scangarello was let go due to an underwhelming offensive performance. The Cats had the weapons and talent to be even better than what they were in 2021. Instead, Kentucky only mustered 20.6 offensive points per game, ranking 94th out of 131 eligible teams. The previous season Kentucky ranked 32nd in that same category, averaging 10 more points per game in 2021. In 2021, Kentucky averaged 431 yards per game, while only mustering 327 per game in 2022 which ranks 108th.  Stoops will look to pair a transfer or recruit with an offensive coordinator. With the modern world of NIL and the transfer portal, moves have to be made quickly to entice players to come and stay, and great players will want to go where they can develop their game.

Stoops and the fans were not satisfied with the performance of this team, who struggled to move the ball against good and bad opponents. It felt like this move was set in stone with the loss of Vanderbilt, when the Cats only mustered 109 yards of passing offense.

Statistically the Wildcats offense ranked like this out of 131 total teams:

Settles was reportedly fired due to a lack of performance but most importantly for a lack of recruiting, according to Matt Jones of KSR/ON3. It was reported that he struggled in that field, and Stoops was not satisfied with the results of him recruiting players. It will be interesting to see who fills these positions and how quickly Stoops will make a move.