Kentucky Puts Up Valiant Effort Versus the Georgia Bulldogs 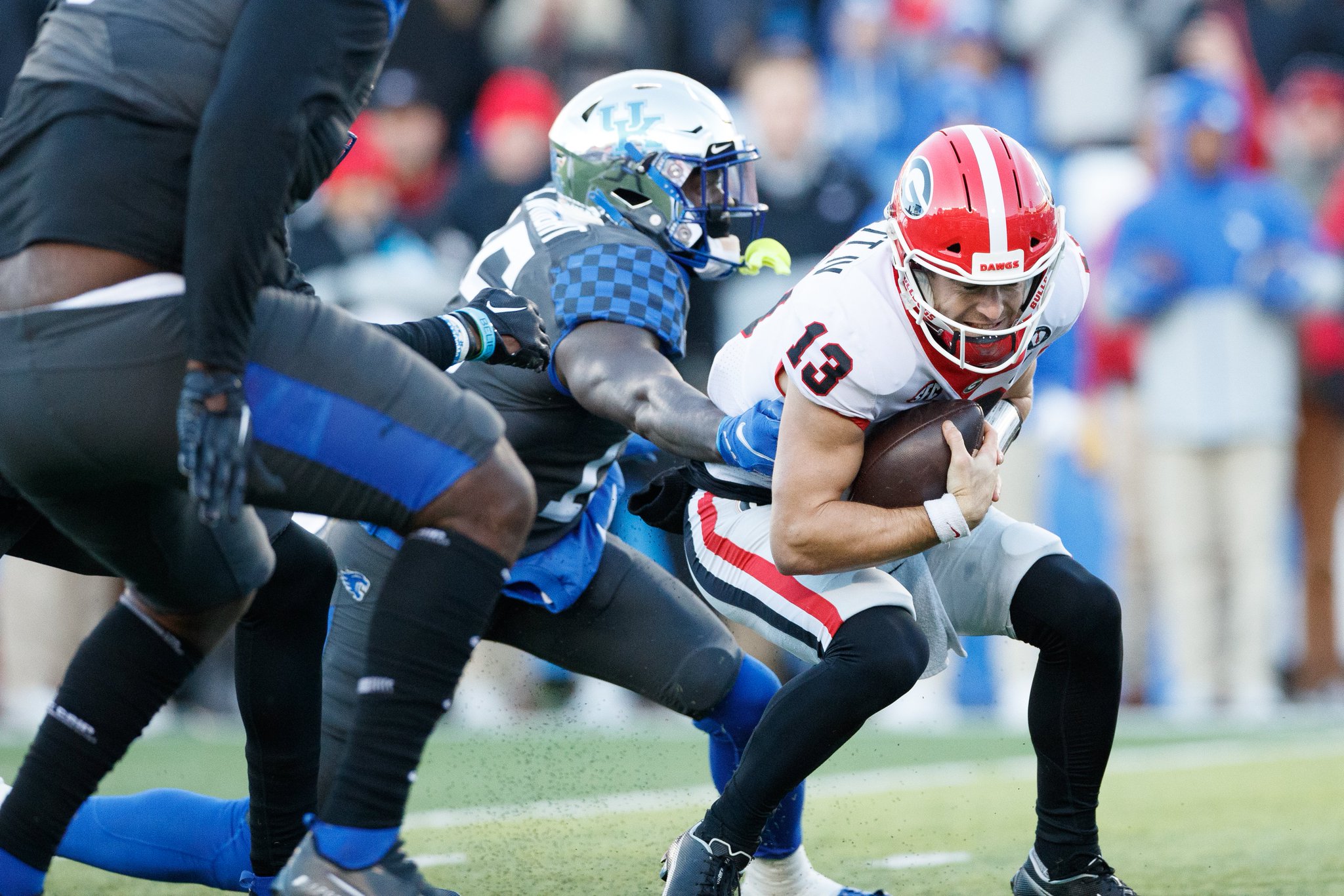 Kentucky faced off at 3:30 PM against the number one ranked Georgia Bulldogs at Kroger Field. With a spread that began at 22.5 points and a struggling Kentucky team, many expected a blowout to occur in Lexington. Instead, the Wildcats came out with a great game plan and decent execution, resulting in a 16-6 loss. Georgia had not been held to under 26 all season, and this was Georgia’s closest games besides their four point win against Missouri earlier this season.

Unfortunately, the Cats gave up some chunk plays on the ground that were big difference makers at times. The Bulldogs ran the ball 44 times for 249 yards, averaging 5.7 yards per carry. Georgia’s prolific wide receivers were held in check, limiting the Bulldogs passing game to 119 yards.

Kentucky again had some frustrating play calls throughout the game. The reliance on the screen resulted in negative yardage plays, and running on obvious passing downs resulted in stalled drives. Two drives that reached the red zone resulted in zero points, and leaving points on the field against this Georgia team is not a way to win against them.

The Cats game plan was obviously to hold onto the ball as much as possible, limiting Georgia’s offense. The time of possession was nearly split 50/50, but that is due to the end game script of Georgia running out the clock. Until the fourth quarter, the Cats led substantially in time of possession.

Barrion Brown had an explosive game, probably catching the eye of scouts for future NFL drafts. Brown finished with 10 catches for 145 yards, adding one touchdown. After the game, Brown addressed the rumors of a potential off season transfer by stating, “I keep telling y’all I am not going nowhere.”. That should be a sigh of relief to Big Blue Nation.

Takeaways from the game:

Kentucky will face off against the Cards next week, who just beat the 24th ranked NC State Wolfpack. It will be interesting to see the spread, but current ESPN projections give Louisville at 57.5% chance of winning the game. If the Kentucky team that flashed their potential tonight comes to play next Saturday, the Cats have a good chance to beat their instate rival.