Kentucky is a Top 25 Team in Sporting News Preseason Rankings 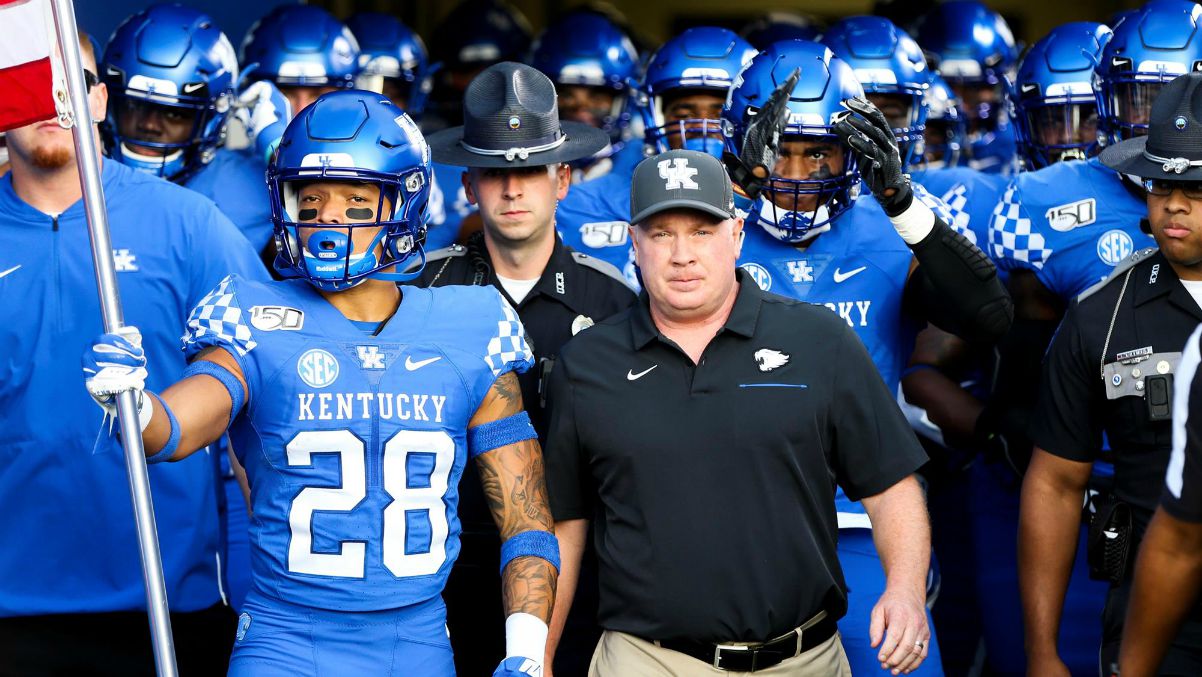 Whenever the 2020 college football season kicks off, Mark Stoops will lead one of his most talented and experienced teams as head coach at Kentucky.

Bill Bender of The Sporting News released his preseason post-spring Top 25 earlier this year, and the Wildcats made the list.

“The Wildcats are 18-8 the last two seasons and have achieved stability under Mark Stoops, who continues to recruit well. Kentucky has most of its starters on both sides coming back, but the loss of All-American talent Lynn Bowden needs addressed. Terry Wilson is coming off a season-ending knee injury, and the key will be establishing a consistent running game.”

By now, the least of the worries should be Kentucky establishing a running game. A.J. Rose, Kavosiey Smoke, and Christopher Rodriguez all return to the UK backfield for 2020, behind an experienced offensive line.

Ahead of Kentucky on the list of ranked teams is Louisville at No. 22. Kentucky will also play No. 11 Auburn, No. 10 Florida, and No. 4 Georgia on the list of teams included in the rankings.

Watch: Conversation with Derek Terry of The Cats’ Pause
Pro Football Focus Ranks Kentucky in the Top 20 of 2020 Rankings