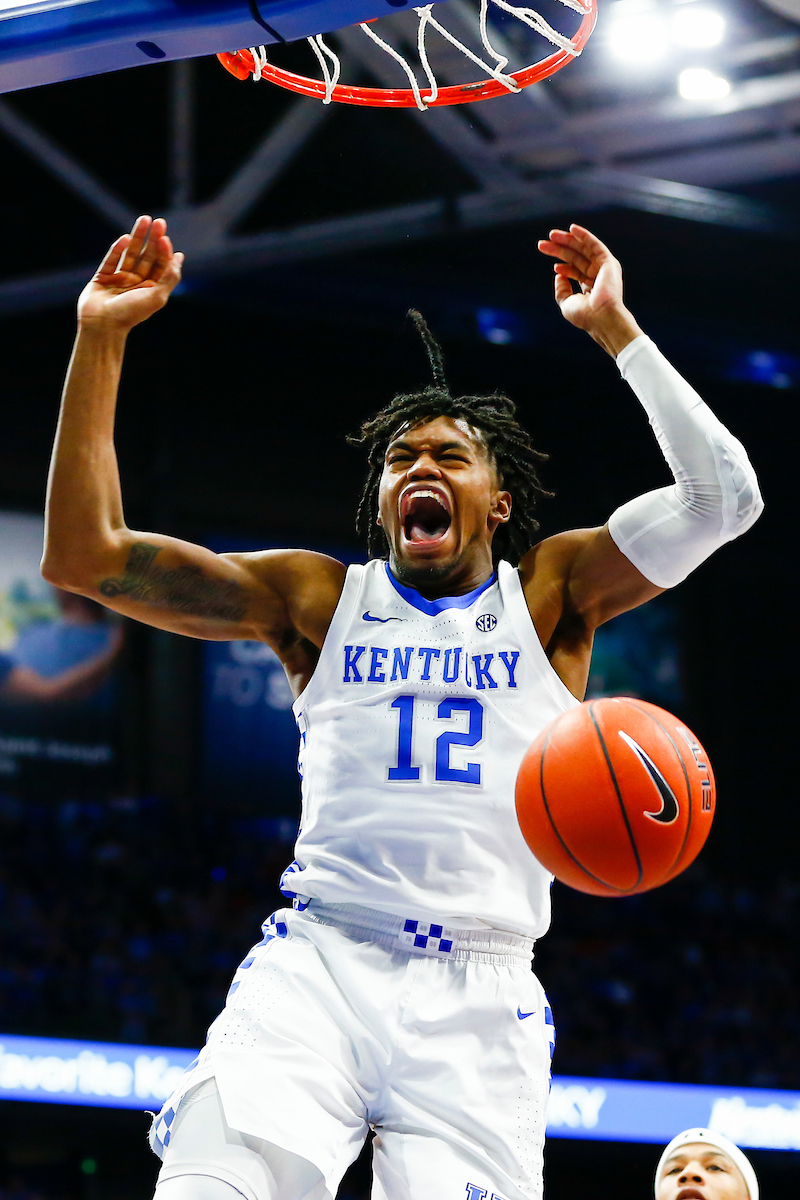 Sophomore forward Keion Brooks Jr. is the only player on the Wildcats 2020-21 roster who has experience playing at Kentucky.

As a freshman, Brooks bought into his role on a team that finished 25-6 and won the SEC regular-season crown by three games. He averaged 4.5 points and 3.2 rebounds in 15.1 minutes per game last season.

Brooks filled the role of seventh or eighth man in a group of players that featured four returning players, a senior graduate transfer, and a freshman that will hear his name called in the first round of the NBA Draft later this year.

Kentucky’s mass exodus of five players to the NBA, one to graduation and another via the transfer portal, leaves the door open for Brooks to assume a more significant role in Lexington as a sophomore. John Calipari expects big things from the 6-foot-7 forward.

Calipari isn’t alone in his thought that the Fort Wayne, Indiana, product can be special as a sophomore. Brooks’ father, Keion Brooks Sr., told Go Big Blue Country that he believes a big jump is on the way.

“I’ve seen the work Keion puts in and all the time. I’m not afraid to say he’s going to have a really good jump and look different than he did as a freshman,” The word “beast” is what Brooks Sr. used to describe the potential of a sophomore campaign.

A confident coach and father should believe in what Brooks can accomplish with an additional year, but what about a trio of former teammates that went to battle with him every day last season?

Former Wildcats Nate Sestina and Nick Richards joined Go Big Blue Country this summer for conversations to reflect on their time in Lexington. Included in the discussion was a simple question, “What do you expect to see from Keion Brooks as a sophomore?”

“He’s one of those kids that’s a gym rat – he loves it,” Sestina said. KP [Kenny Payne] was really hard on him because he knows if you push Keion, he’s going to push back. He’s going to fight back because he’s a fighter. It really started to click for him at the end of the year, and he was dangerous. He was strong, confident, and in great shape. He’s an incredible athlete. He’s going to have an unbelievable sophomore season.”

Sestina, who spent five seasons playing college basketball (four at Bucknell, one at Kentucky), understands what added experience means throughout a career.

“He’s going to be stronger and have a year under his belt. He now understands college basketball is rough. You’re going to get bumped, and you’re going to get pushed, but you’re allowed to push back. Things really started to click for him, and he’s a dangerous player because he can do everything.

“He can post, he can play on the perimeter, he can guard. He can guard big guys. He was guarding Nick in practice, and Nick is fifty pounds heavier than him. He put on some weight too, so he’s feeling good. He’s going to have an unbelievable sophomore season.”

Out of all the teammates’ Brooks had at Kentucky last season, Richards is the one that knows how it feels to be the lone returning player from a team or group of recruits.

Richards was the only member of Kentucky’s 2017-18 freshman class, a group that featured eight players, still in Lexington, when the 2019-20 season started.

“Keion came back. He trusted himself,” Richards said. “He made a lot of big shots during the last part of the season and the last game against Florida he made big plays to help us come back in the game.”

Brooks was a big reason why Big Blue Nation felt optimistic for an annual March run last season before COVID-19 pulled the plug on the 2020 NCAA Tournament. Against Florida, the former No. 24 player in the 2019 247 Sports Composite Rankings turned a corner.

Brooks played a season-high 27 minutes and scored 10 points in the win vs. the Gators, his highest point total since scoring ten at Arkansas on January 18.

“You’re about to see something different,” Richards said. “Keion is actually a really talented player. He didn’t really get to show his entire game as a freshman, but I think this season, you will see a totally different side of him.”

As for Tyrese Maxey, he instantly replied to a text message Friday when asked what to expect from his former teammate.

“A player every team should be worried about,” Maxey said.