Kentucky Wins SEC Opener vs. Missouri to Improve to 2-0 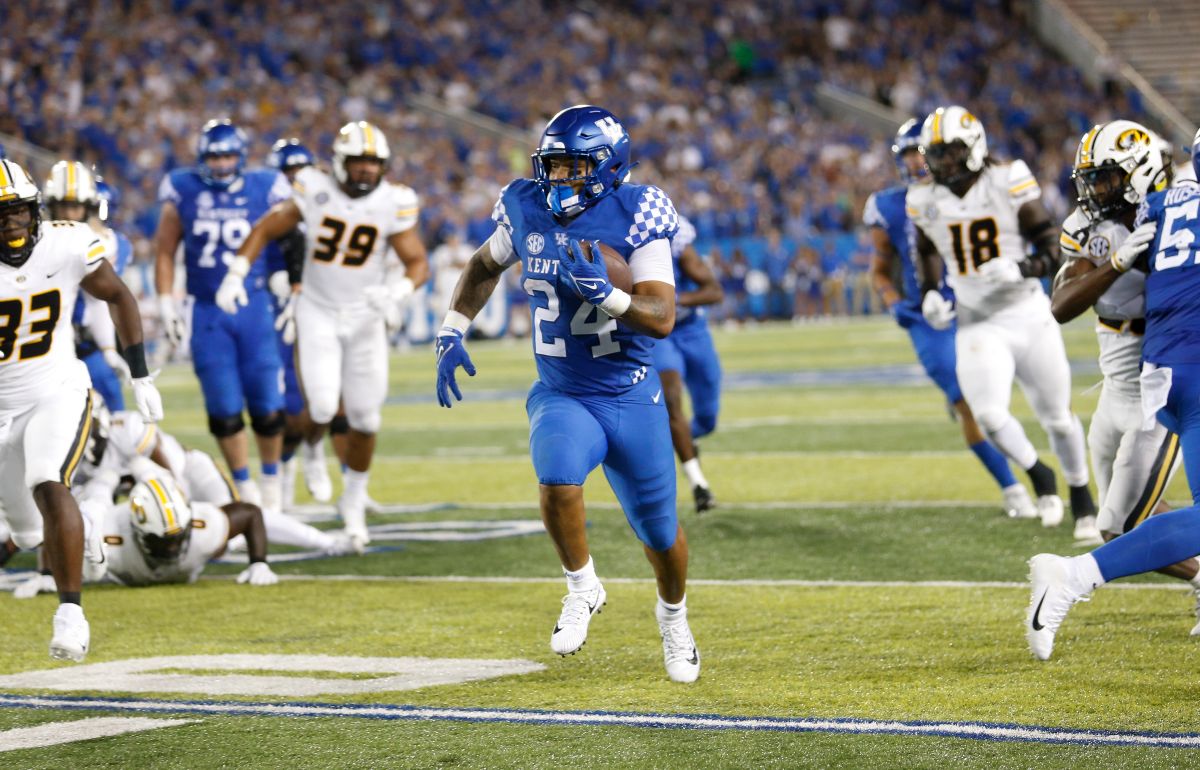 The Kentucky Wildcats beat the Missouri Tigers 35-28 Saturday night at Kroger Field to improve to 2-0 (1-0 SEC) on the season.

After Kentucky’s offense made plays to keep the Wildcats in the lead throughout the game, it was Kentucky’s defense that had to step up and make a play to win the game.

Leading 35-28 late in the fourth quarter, Missouri blocked a Kentucky field goal attempt and threatened to tie the game on the ensuing drive. The Wildcat defense came up with a huge stop after J.J. Weaver picked up the first Kentucky sack of the game.

Offensively, Chris Rodriguez led the way for Kentucky on the ground while Wan’Dale Robinson carried the Wildcats through the air.

Rodriguez carried the ball 27 times for 207 yards and three touchdowns. He added a 5-yard receiving touchdown in the first quarter. In total, the four touchdowns tied the school record for the most touchdowns scored in a single game.

Robinson also had a night to remember, eclipsing 100-yards (107 total) receiving for the second consecutive game. The UK junior is the first player to record consecutive 100-yard receiving games since Jeff Badet accomplished it during the 2016 season. Robinson also added 73 rushing yards on three carries.

Check back for postgame coverage and interviews.

Kentucky Released Jersey Combo for Missouri Game
Mark Stoops is Above .500 for the First Time in his Coaching Career