Kentucky’s Four Guards were on Fire vs. Tennessee 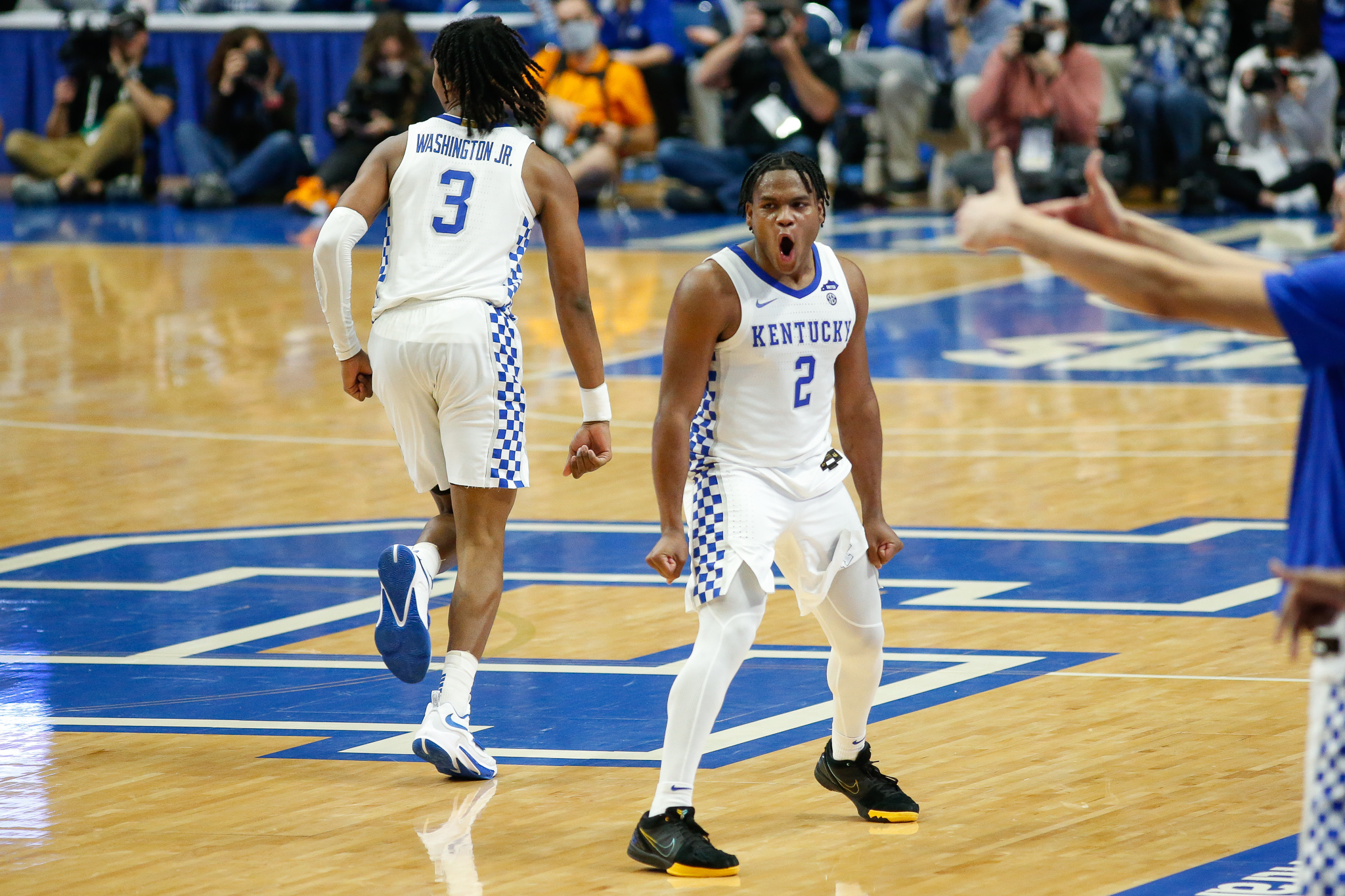 Kentucky cruised to a 107-79 victory vs. Tennessee Saturday afternoon at Rupp Arena, improving to 14-3 (4-1 SEC) on the season.

The Wildcats dominated the Volunteers behind 67.9 percent shooting, including 61.1 percent from three-point range.

Sahvir Wheeler made his return to the court after missing Kentucky’s wins vs. Georgia and Vanderbilt with a neck injury.

The UK guard was great in his return, scoring 21 points on 8-of-10 shooting, including 1-of-2 from three and a perfect 4-of-4 at the free-throw line.

TyTy Washington, Wheeler’s backcourt running mate, led all scorers with 28 points. Washington knocked down 10 of his 13 shot attempts while connecting on two three-pointers and all six free throws.

Joining Washington and Wheeler in the backcourt production was Davion Mintz and Kellan Grady.

With Wheeler returning, Davion Mintz resumed his role as the sixth man. The veteran guard continued his strong play with another double-digit effort, scoring 10 points on 4-of-5 shooting while drilling two three-pointers.

Meanwhile, Grady added 16 points behind a 4-of-7 performance from three-point range.

The four UK guards scored a combined 75 points while knocking down 27-of-36 shots and 9-of-16 three-point attempts. They also shot a perfect 12-of-12 at the free-throw line.

Kentucky Makes Huge Jump in KenPom Rankings with Tennessee Win
Highlights of Kentucky’s Win vs. Tennessee with Tom Leach on the Call