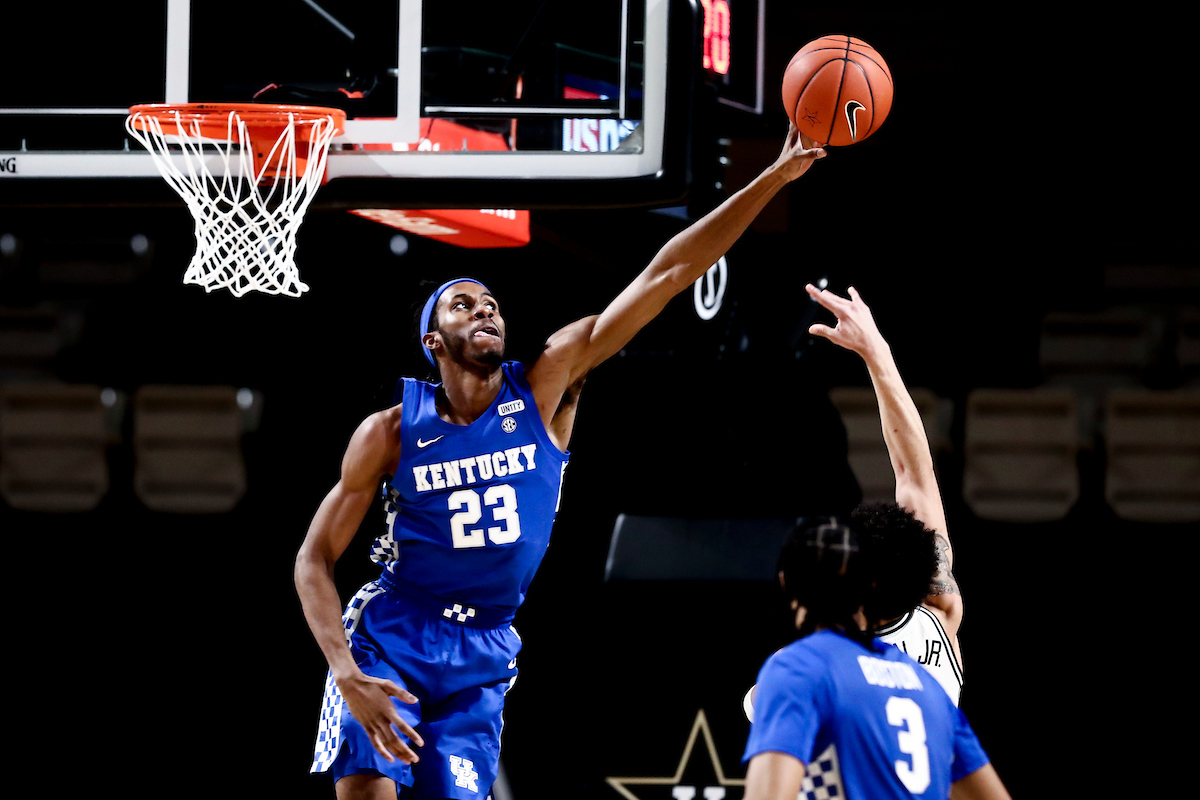 Isaiah Jackson reached his dream of playing in the NBA Thursday night.

The former Kentucky Wildcat was selected with the No. 22 pick by the Los Angeles Lakers but after multiple trades, Jackson will play for the Indiana Pacers.

So Jackson was selected by the Lakers at No. 22 for the Washington Wizards and then traded to the Pacers.

Isaiah Jackson is being traded to Indiana, sources said. https://t.co/vHIsDBj8fE