Lane Kiffin Praises the Success Mark Stoops has had at Kentucky 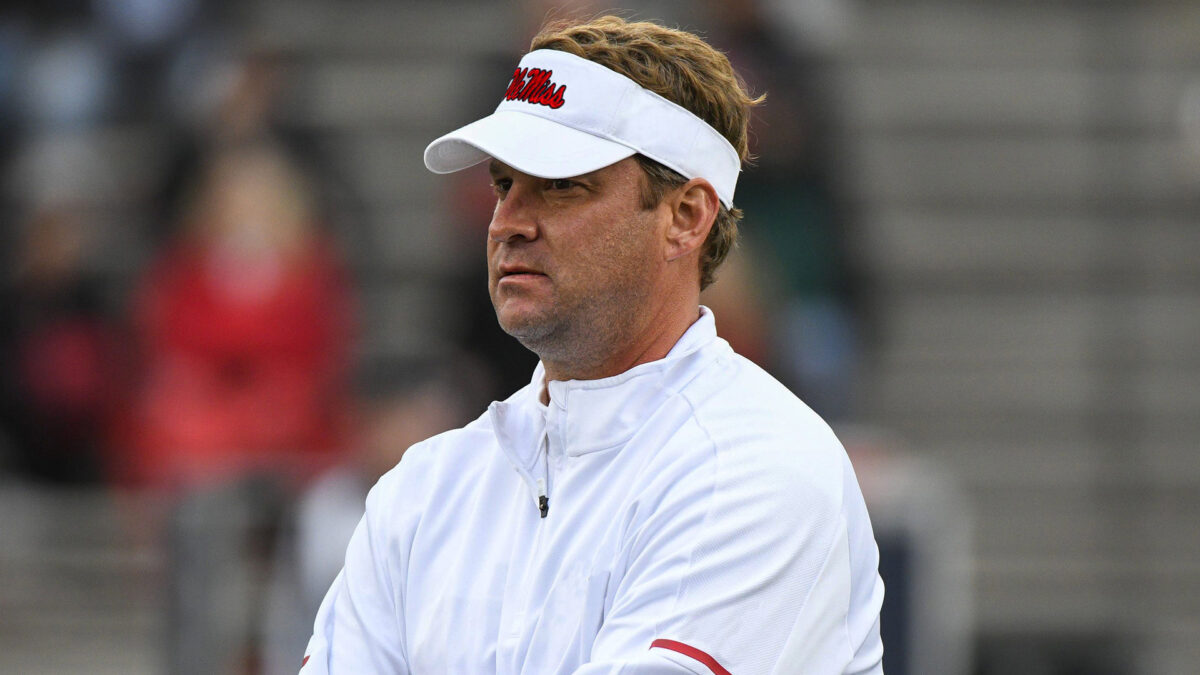 Kentucky will travel to Ole Miss this season for the first time since the 2010 season. The two teams are set for the SEC East/SEC West crossover game on Saturday, October 1.

Lane Kiffin and the Ole Miss Rebels were in Atlanta for SEC Media Days on Monday, where the Ole Miss coach was asked about the matchup with the Wildcats this season.

The two programs will meet for the third time since Mark Stoops arrived in Lexington. The previous two meetings were both in Lexington.

“Coach Stoops has done an unbelievable job at a place that isn’t traditionally winning eight, nine, ten games,” Kiffin said. “I always think that’s really cool and special when someone can do that. Like I said before, doing things better than they’ve been done before. I would think he’s probably in the best run of the school.”

The road matchup for Kentucky at Ole Miss is an important one for the Wildcats, who look to continue taking steps forward as a program.

“We’ll have a set of challenges there,” Kiffin said. He’s very good on defense, and very complicated. I know they have really good success running the ball, are very creatively offensively watching some of their games last year, did a great job, especially with some NFL concepts involved.”

The last time Kentucky defeated Ole Miss was in 2011 at then Commonwealth Stadium. UK quarterback Maxwell Smith led the Cats in the 30-17 victory.