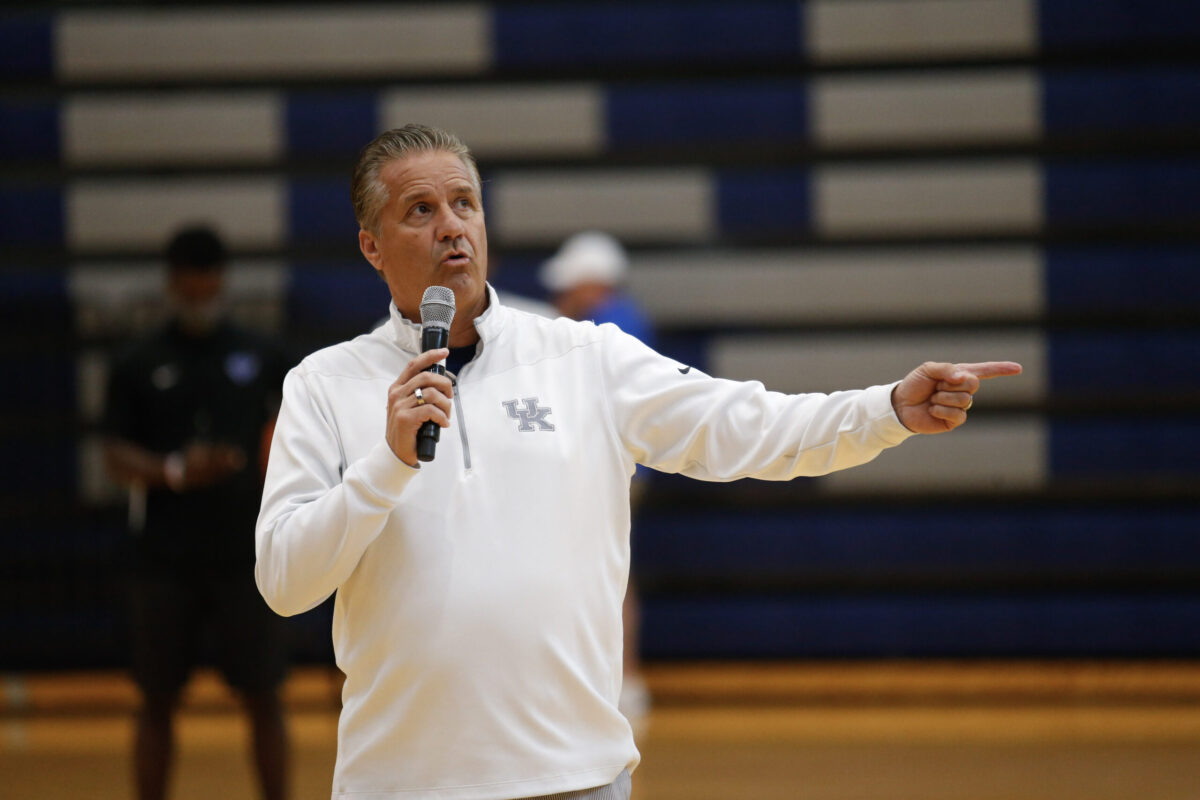 John Calipari isn’t slowing down on the recruiting trail now that the Wildcats have the No. 1 class in the country for 2022.

Less than 24 hours after securing a commitment from five-star forward Chris Livingston, the UK coach, along with assistant Jai Lucas, was in Richardson, Texas.

Kentucky currently owns the No. 1 class in the country with verbal commitments from five-stars Shaedon Sharpe, Chris Livingston, and Skyy Clark.