Lynn Bowden Broke an SEC Record in his Performance vs. Louisville 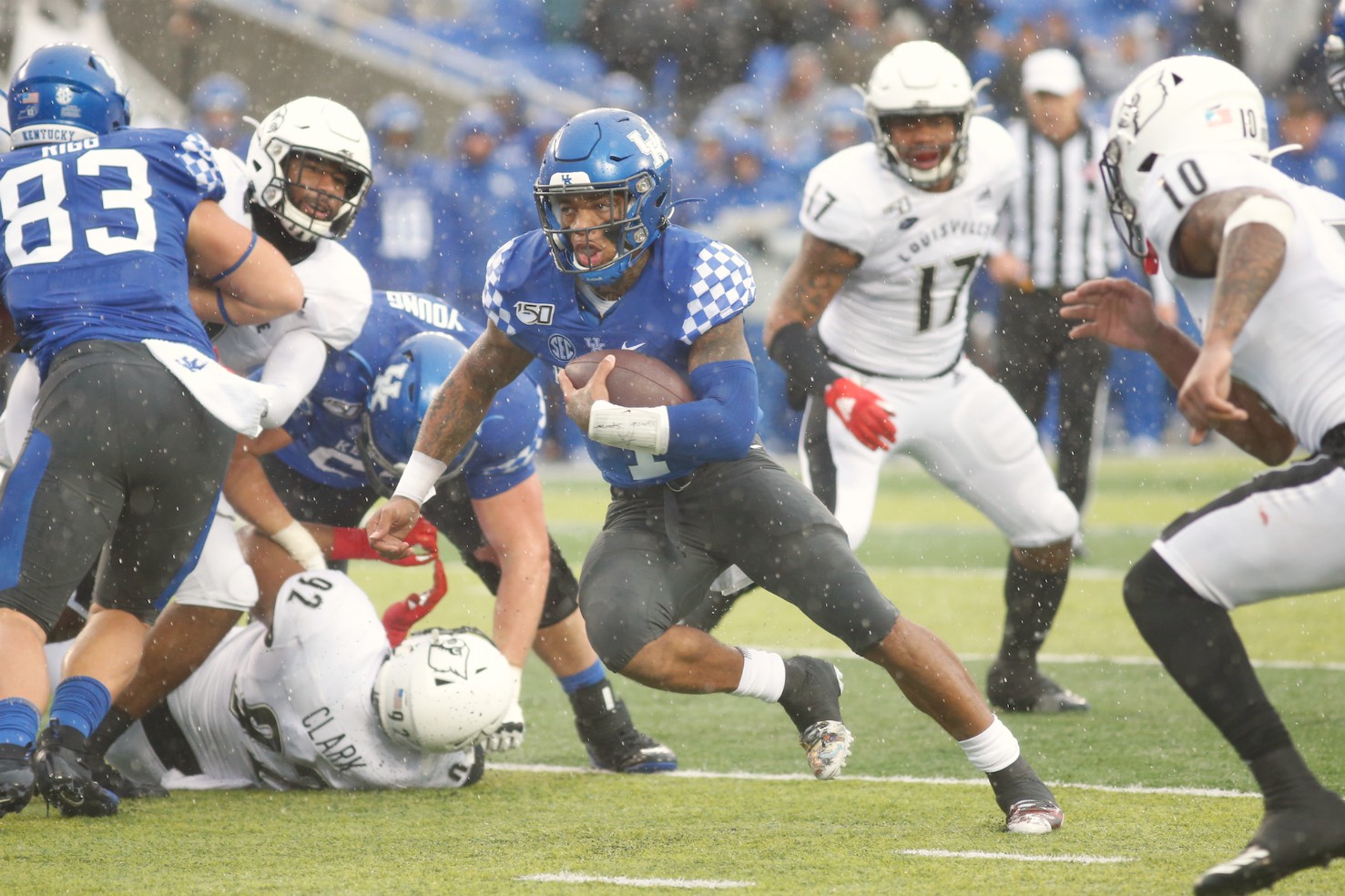 Bowden carried the ball 22 times for 284 rushing yards, the most rushing yards in a single game by a quarterback in SEC history.

Bowden found the end zone four times on Saturday which ties the UK record for most rushing touchdowns in a single game.

Following the game, Bowden was named the winner of the 2019 Howard Schnellenberger Award for MVP of the Governors Cup.

.@LynnBowden_1 put on an absolute clinic against Louisville:

The most rushing yards by a QB in a game in SEC history ? pic.twitter.com/wvR645bCsg

Joey Gatewood to Start at Quarterback vs. Georgia

Discussing Everything UK Basketball Recruiting and the 2020-21 Roster

More Good Recruiting News on the Way for Kentucky Basketball?

More Good Recruiting News on the Way for Kentucky Basketball?

Discussing Everything UK Basketball Recruiting and the 2020-21 Roster

Watch: Lynn Bowden Walked to the UK Logo for a Special Moment
Lynn Bowden has a Message for BBN after Louisville Win