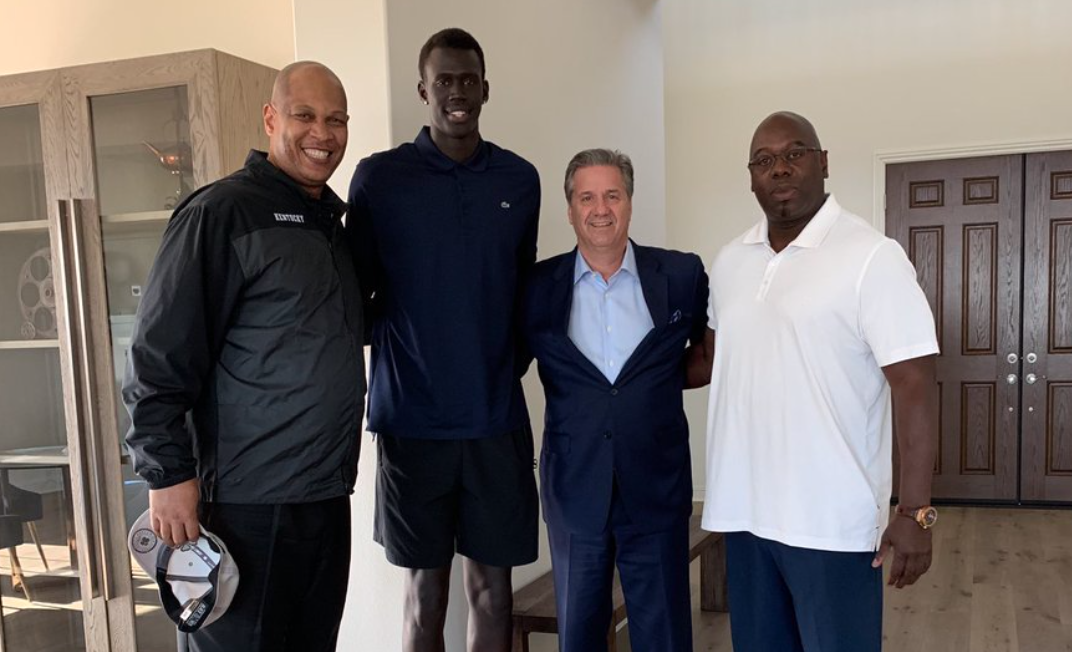 The 6-foot-11 center chose Howard over Kentucky, UCLA, and Memphis, he announced on social media Friday.

“I was the first to announce my visit to Howard & others started to dream “what if”. I need to make the HBCU movement real so that others will follow,” Maker wrote on Twitter. “I hope I inspire guys like Mikey Williams to join me on this journey. I am committing to Howard U & coach Kenny Blakeney.”

Not long after making his decision, Maker took a moment to thank all coaches on his list that recruited him, including John Calipari and Kenny Payne.

I want to thank Coach Cal and Coach KP of University of Kentucky Coach Cronin of UCLA and coach Hardaway of Memphis for considering me. It was a tough choice.