Mark Stoops Agrees in Principle to Contract Extension at Kentucky 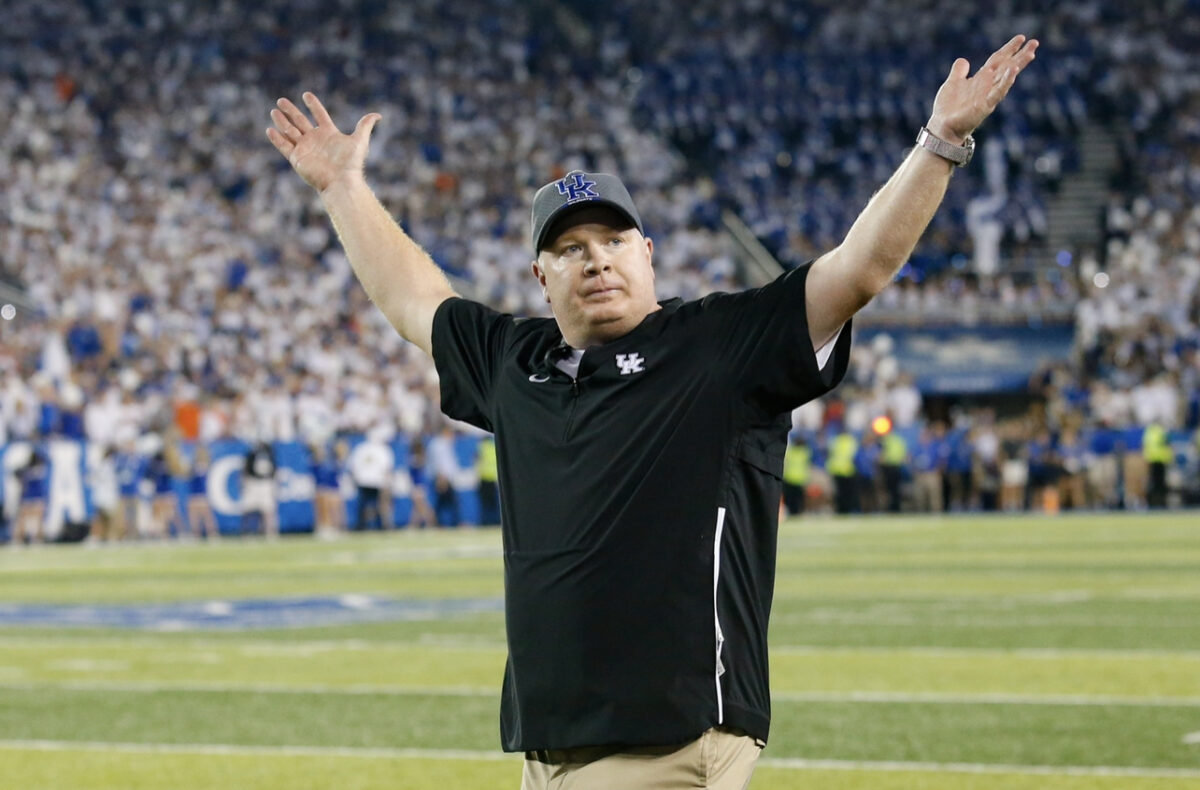 Mark Stoops has agreed in principle to a contract extension with UK that will run through the 2028 season, UK announced Tuesday in a press release.

According to the release, the contract has been agreed upon and is in the process of getting signatures. The amended terms will be confirmed upon completion of the contract.

“We have been in discussion with Coach Stoops in recent weeks and are excited about his ongoing commitment to Kentucky,” Barnhart said. “Coach Stoops has done an outstanding job in building the UK football program and we look forward to continued success under his leadership.”

“Our football and athletics programs have demonstrated an unwavering commitment to success for our students — on the field and in the classroom,” said UK President Eli Capilouto. “Our football program, under Coach Stoops, has only strengthened the commitment that we have as an institution to putting students first in everything that we do. We are preparing our students for lives of meaning and purpose when they leave UK, no matter what path they take.”

Stoops has won 58 games as the head coach at Kentucky, two shy of tying Bear Bryant’s record for most wins (60).

“I’m excited to continue to build this program to national prominence,” Stoops said.  “We’re on our way and I’m more confident in Kentucky football than I’ve ever been.

“I thank President Capilouto and Mitch Barnhart for their support.  The continuity among us for the last nine years is extremely valuable and I’m looking forward to more success together.

“Mitch and I came to an agreement a week or two ago and shook hands on it Saturday afternoon. This process is a compliment to our relationship.”