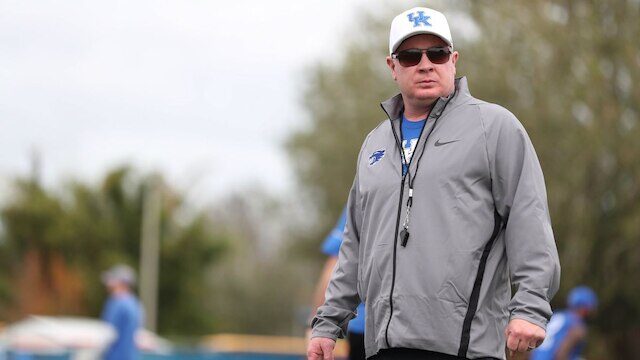 Kentucky will play NC State in the TaxSlayer Gator Bowl on Saturday, January 2.

This will mark the fifth consecutive season the Wildcats will play in a bowl game, which ties a school record.

Mark Stoops is the first coach in UK history to lead his team to a bowl game in five consecutive seasons.

As a program, UK is tying its school record for consecutive bowl games, with four under Coach Rich Brooks from 2006-09, followed by one with Coach Joker Phillips in 2010.

The Wildcats began their five-year bowl run in Jacksonville on Dec. 31, 2016, a 33-18 loss to Georgia Tech. The Cats have had much better success recently, winning each of their past two bowl games: Defeating Penn State, 27-24, in the 2019 VRBO Citrus Bowl and Virginia Tech, 37-30, in last season’s thrilling Belk Bowl.

The Wildcats own a 10-9 all-time record in bowl games.