Mark Stoops Climbs Back to .500 Record as UK Football Coach 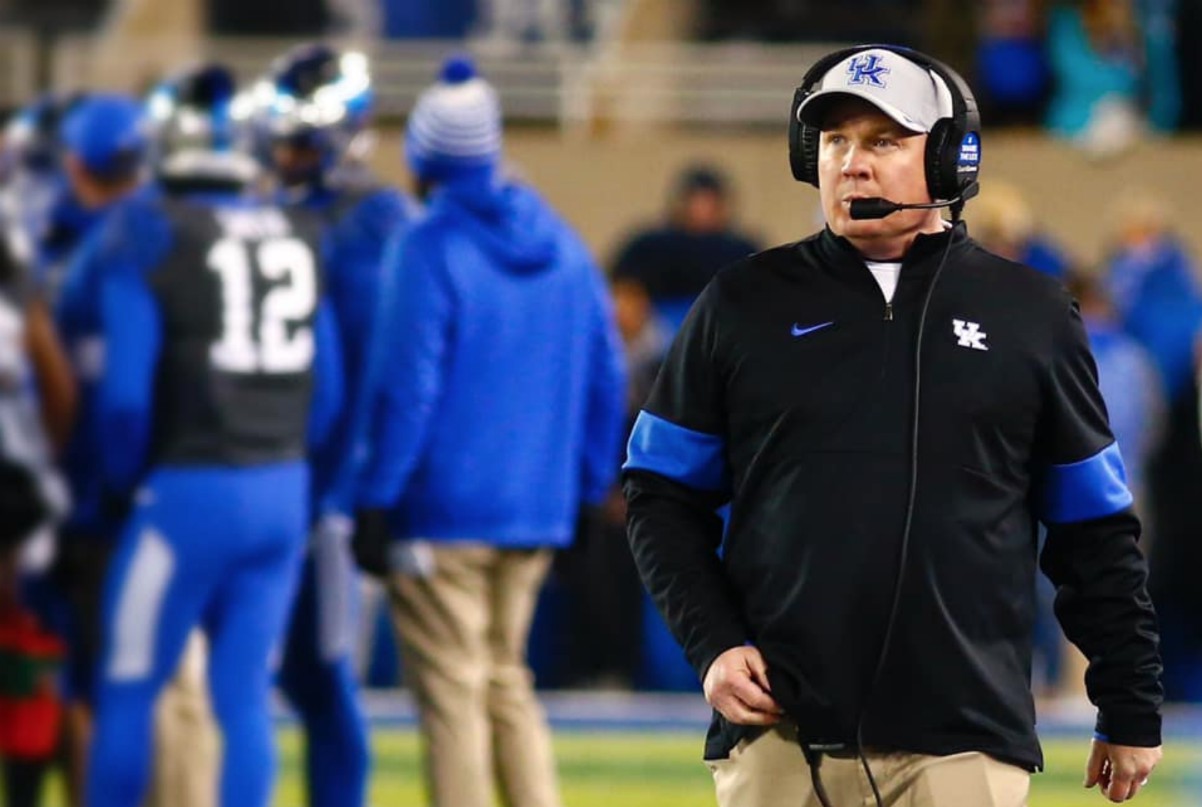 Kentucky coach Mark Stoops is back to .500 in his coaching career after a 45-10 season-opening victory vs. ULM at Kroger Field Saturday afternoon.

The win improved Stoops’ career coaching record to 50-50, an impressive feat after the rough start his first four seasons in Lexington.

In his nine seasons on the sidelines at Kentucky, Stoops has never owned a winning record overall.

That could change next Saturday night when Missouri travels to Lexington for the SEC opener for both teams.

Mark Stoops is back to .500 in his career at Kentucky. Stoops will have a chance to go above that mark for the first time in his career next week vs. Missouri.