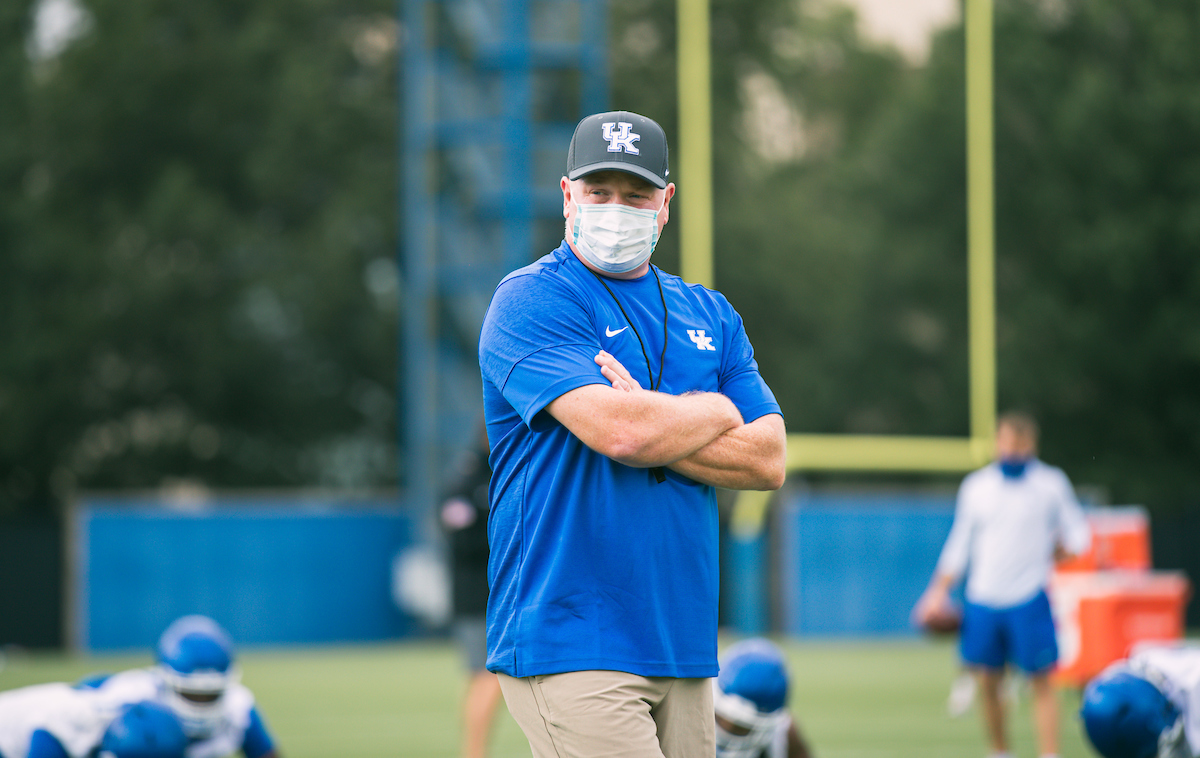 The Kentucky Wildcats couldn’t overcome turnovers, an elite wide receiver, and a blown call by the officials to close the first half.

With Kentucky trailing 8-7 on the final possession of the first half, Chris Rodriguez found the end zone on a play that should’ve given Kentucky the lead going into the locker room. Instead, the ball was marked short of the end zone, and after review, officials ruled the play on the field would stand.

Two plays later, Terry Wilson threw an interception on 3rd down that Auburn initially returned for a touchdown before a targeting call on Auburn cornerback Roger McCreary negated the score.

Kentucky head coach Mark Stoops was asked about the play f0llowing the game.

“I don’t understand it either,” Stoops said when asked about the play after the game. “He was clearly in. I really can’t get a good explanation. I didn’t really get good explanations all day. I don’t know if us wearing these masks and all that, I don’t know. But that was a big swing.”

In what world does this ball not break the plane?!?!? And after a review?! Two plays later, Kentucky throws a pick. Game changer pic.twitter.com/jZd8wXrknD

Everything Mark Stoops Said Following First Win in Knoxville Since 1984