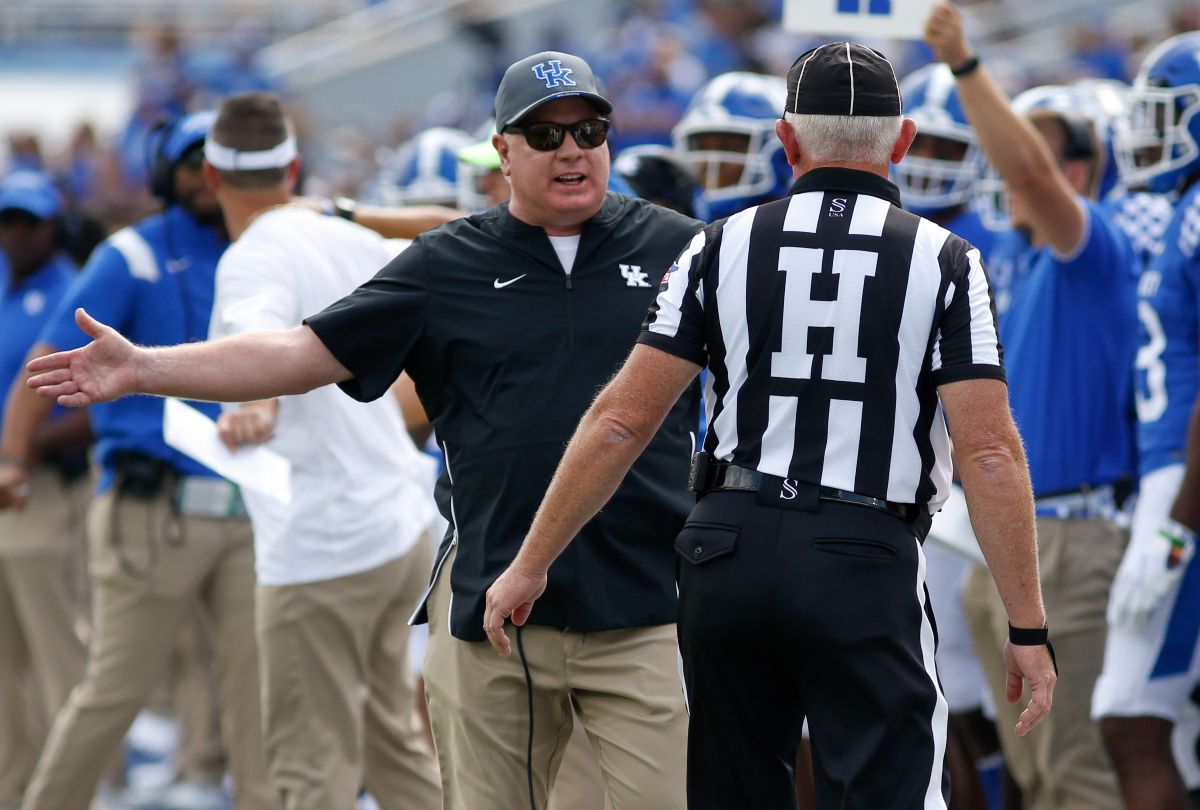 Mark Stoops reached another milestone in his coaching career at Kentucky with a season-opening win vs. ULM at Kroger Field.

The win improved Stoops’ overall record at Kentucky to .500, an impressive statistic after he owned a 12-26 record two games into the 2016 season.

The game was also the 100th of Stoops’ career in Lexington, tying Fran Curci’s (1973-81) record for most games coached as head coach of the Wildcats.

Stoops will own the UK record for most coached games when the Wildcats take the field vs. Missouri in a pivotal SEC East matchup.

Kentucky and Missouri will kick off at 7:30 p.m. ET. Saturday with coverage on the SEC Network.

SEC Football Podcast Host Puts UK at No. 4 in SEC Power Rankings
Will Levis Calling on BBN to Bring Energy for Kentucky-Missouri Game