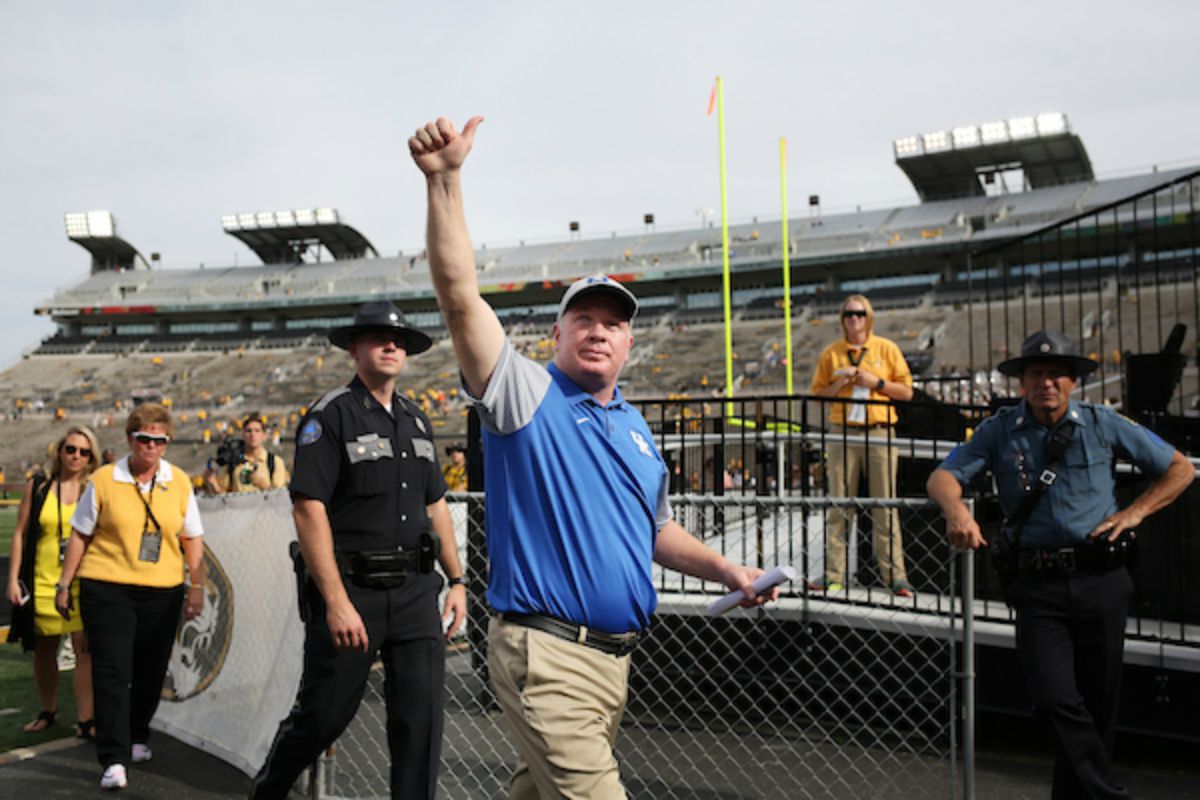 Kentucky opened the 2022 season with a 37-13 win at Kroger Field vs. Miami (Ohio), a milestone victory for Mark Stoops.

The UK coach recorded win number 60 as the head coach at Kentucky, tying Paul “Bear” Bryant for the most in school history. Bryant coached the Wildcats from 1946-1953, finishing his Kentucky career with a record of 60-23-5.

Stoops now owns a 60-53 record as head coach of the Wildcats. He was 12-26 through two games during the 2016 season, an impressive turnaround in six seasons.

Ironically enough, Stoops’ first win of his UK career was a 41-7 victory vs. Miami (Ohio) in September 2013.

Next up for the Wildcats is a road trip to Florida, where Stoops will have an opportunity to move into sole possession of the all-time wins record by a head coach at Kentucky.